A cold, wet and landmark Epiphany for Turkey's Orthodox community 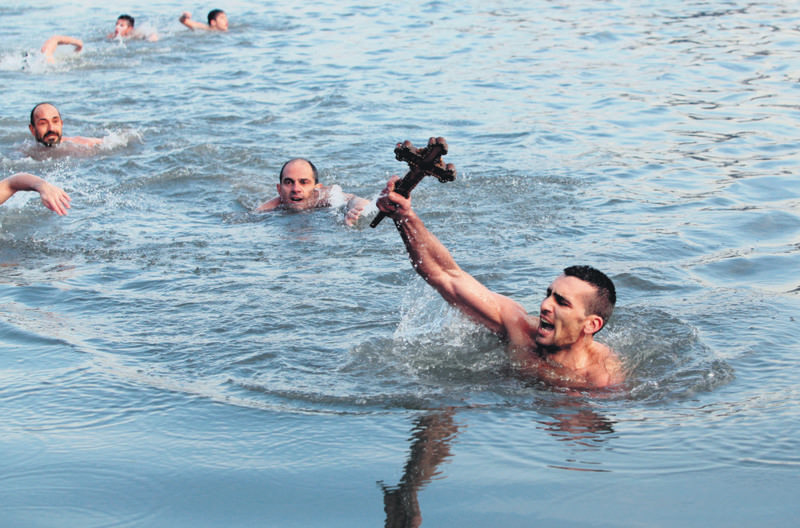 by Compiled from Wire Services Jan 07, 2016 12:00 am
The Orthodox Christian community across the world marked Epiphany, the baptism of Jesus Christ, in traditional ceremonies on Wednesday where the faithful jump into rivers and seas to retrieve wooden crosses thrown by priests and patriarchs.

In Turkey and Cyprus, the festivities saw believers braving the cold and overcoming the odds to mark the event for the first time in decades.

Istanbul, where a sizeable Christian community lives, was at the heart of celebrations in Turkey. Amid low temperatures in the city, which was exposed to heavy snowfall just a few days ago, people jumped into the freezing waters of the Bosporus with only swimsuits to grab crosses off of both banks of the waterway dividing Istanbul.

After the morning services at the churches, the congregation headed to the seaside in a procession with a recitation of prayers. Eagerly awaiting bishops hurling crosses into the sea, swimmers leaped into the water from boats anchored off the coast.

Fener Greek Orthodox Patriarch Bartholomew, whose patriarchate has the authority in a majority of Orthodox churches in Turkey and several other countries, joined the Epiphany service at the patriarchate in the city's Balat district. Nikos Solis, a 28-year-old Orthodox Christian from Greece, managed to grab the cross thrown by the elderly patriarch. The patriarch gifted a necklace with a golden cross to Solis. 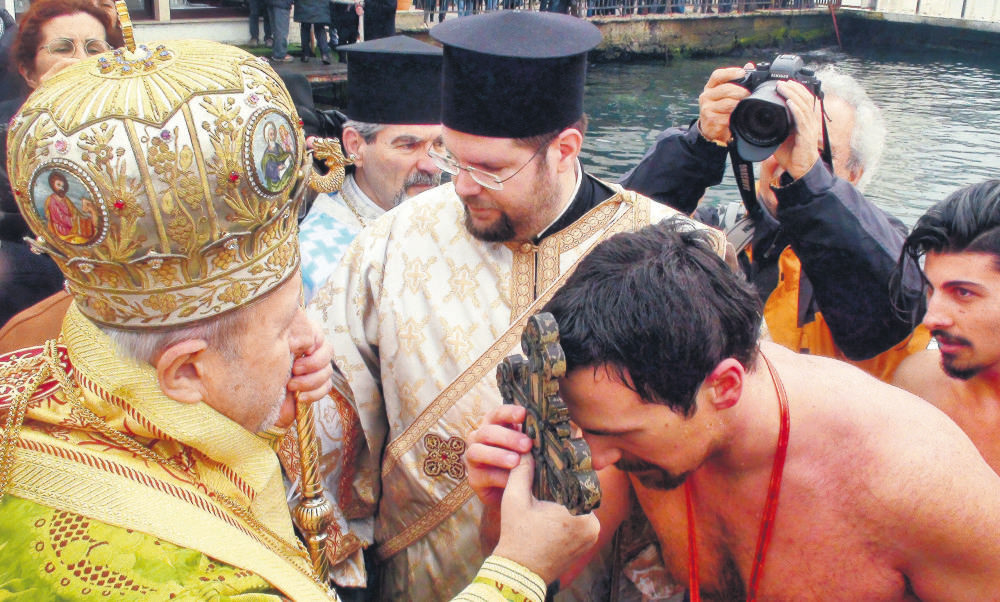 In the western city of İzmir, the Orthodox community marked the first ceremony to retrieve the cross since 1922, the year of a population exchange between Turkey and Greece. Following a ceremony at the Aya Fotini church, the congregation, including the faithful from Greek islands in the Aegean Sea near İzmir, marched to a beach in front of the former Greek Consulate. The religious service and retrieval of the cross was broadcasted live by some Greek TV stations. Teodora Hacudi, leader of the İzmir Greek Orthodox community, said the Epiphany has a special meaning for them. "This is the first religious service on the Epiphany for us since 1922. The government approved our request to hold the ceremony, and many people joined the celebrations despite our few numbers in İzmir. Members of the Catholic and Jewish communities as well as Muslims accompanied us today. We saw once again how the Aegean Sea united us," she told reporters. Turkey saw a warmer climate for religious minorities in the recent years thanks to government's efforts to restore the rights of minorities. Christian communities have not held such ceremonies in the past due to their declining numbers in the face of past oppressive policies of the state against minorities as well as the reluctance of the governments to allow them to assemble outdoors for such ceremonies.

Another landmark celebration was in Famagusta on the divided island of Cyprus. For the first time since 1974, the year of a de facto divide between Greek and Turkish Cypriot communities in the Mediterranean island, the Orthodox community from the Greek Cypriot-controlled south marked the event on the Turkish Cypriot part.

Greek Cypriot believers hailing from Famagusta but reside in other cities in the Greek Cypriot part, converged on a beach on the Turkish Cypriot side of Famagusta for the Epiphany. After a church service, they raced across the Glossa beach to dive into the water to retrieve the cross.
RELATED TOPICS