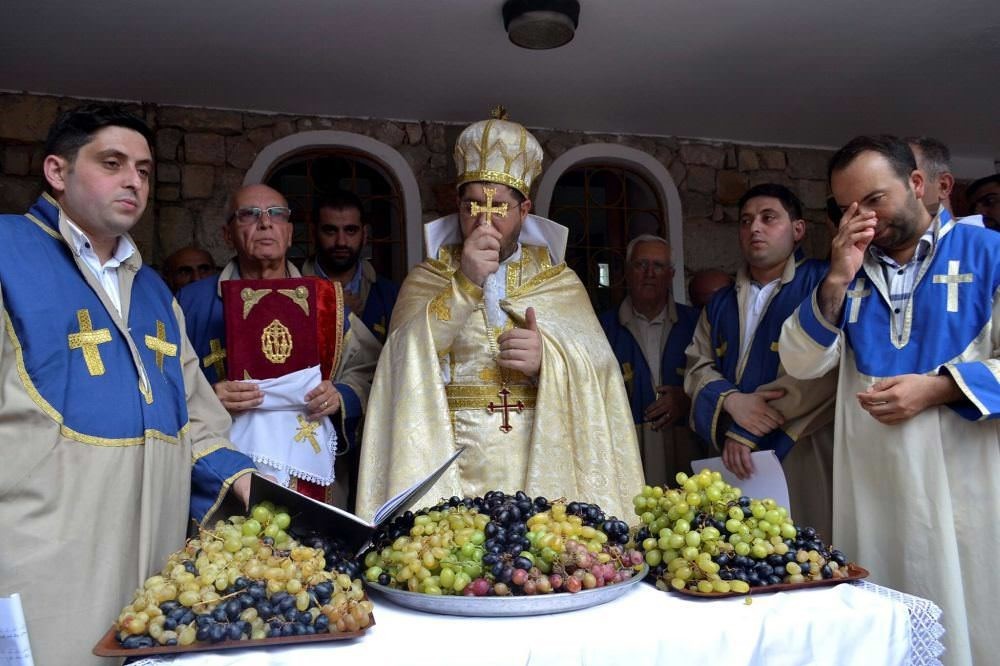 by Compiled from Wire Services Aug 15, 2016 12:00 am
A festival peculiar to the Armenian community in rural Turkey offers an insight into the place religion has in the community and a taste of the first grapes of the season.

In Vakıflı, which was the only Armenian village in Turkey before it was converted into a neighborhood in the southern province of Hatay, the Grape Festival opened yesterday with Turkish Armenians from other cities and abroad in attendance.

Armenians broke the "grape fast" they observe before the new harvest at the festival, which was dedicated to the Virgin Mary.

Rev. Avedis Tabaşyan of the Hatay Armenian Church presided over a mass at the Meryem Ana (Virgin Mary) Church in the neighborhood, where locals brought baskets of grapes for blessing. The faithful prayed for prosperity and healthy crops before giving grapes to visitors for free, who were also treated to the traditional dish of Hirisi.

Tabaşyan said the occasion was originally to mark the Assumption of Mary, the ascent of Mary to heaven, and grapes, a common crop in the village, which are viewed as a symbol of prosperity. He said the festival was not limited to the Armenian faithful and Jewish and Muslim citizens were also invited and took part in the activities. "They danced together and shared our joy. This is a reflection of our brotherhood with other faiths," he told reporters.

Armenians trace the roots of the grape festival to the pre-Christian era in Anatolia and the festival was integrated into Assumption Day after Christianity gained a foothold in the country.
RELATED TOPICS