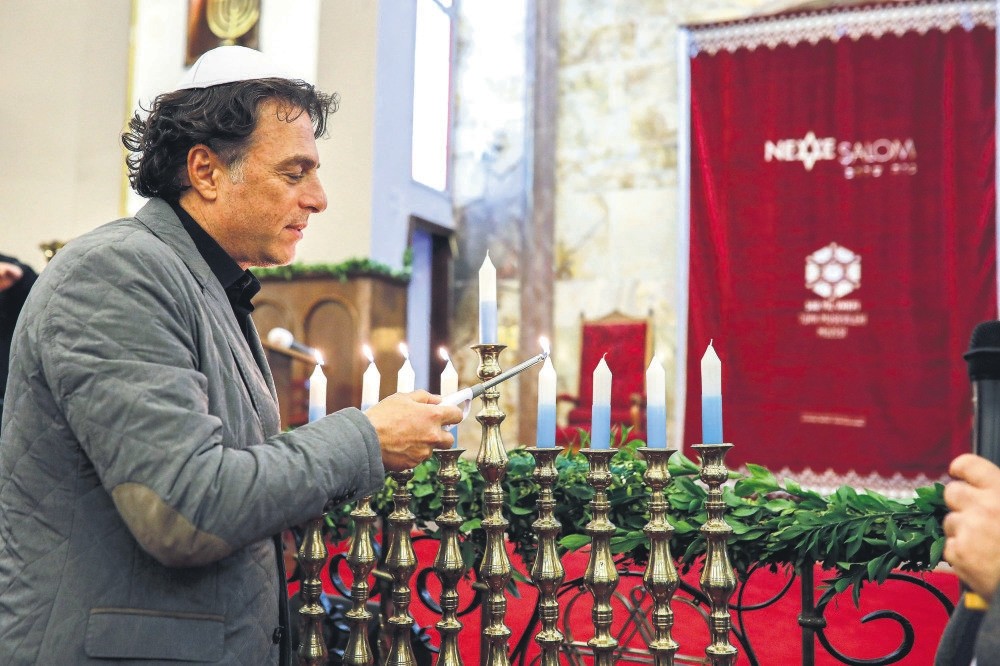 Istanbul's Jewish community wrapped up the eight-day Jewish holiday known as Hanukkah or the Jewish Festival of Lights at Neve Şalom, the city's biggest synagogue.

At the ceremony Tuesday evening, guests lit candles and prayed. This year's celebrations were more muted compared to the past two years. The Jewish holiday was celebrated as a public event outdoors for the first time in 2015 at Istanbul's Ortaköy Square. This year's event was canceled by the local municipality.

The event at the synagogue was organized by the 500 Years Foundation Turkish Jews Museum, which is named after the year of arrival of Sephardic Jews from Europe. Guests were informed about the festival before the faithful lit candles. Participants were presented with sufganiyah or sufganiout, a doughnut traditionally eaten at Hanukkah.

Hanukkah is celebrated by Jews worldwide for eight days and nights and falls on the 25th day of the Jewish month of Kislev, which coincides with late November to late December on the secular calendar. In Hebrew, Hanukkah means "dedication," as the holiday celebrates the rededication of the holy Temple in Jerusalem after the Jewish victory against the Seleucid monarchy in 165 B.C. Often called the Festival of Lights, the holiday is celebrated with the lighting of the menorah, traditional food, games and gifts. Starting from the first day, Jews light candles arranged in a candelabrum known as "Hanukiah." The candelabrum holds nine candles, one for each night, plus a Shamash (servant) at a different height to light the other candles. Each night, another candle is added from right to left.

Approximately 18,000 Jews live in Turkey, most of whom are inhabitants of Istanbul. They had a larger population, but a pogrom and the formation of the state of Israel led to a decline in their numbers.