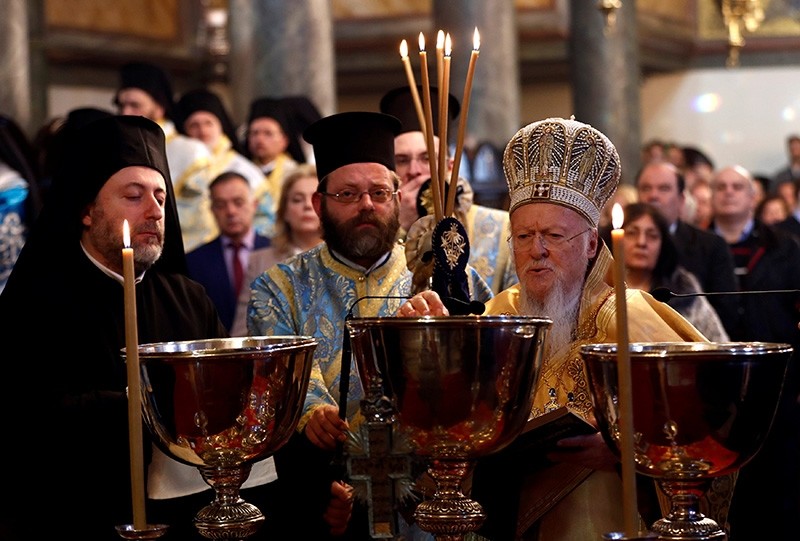 A Christmas Eve mass was held on Saturday by the Fener Greek Orthodox Patriarchate in Istanbul.

The service was followed by a ritual across Istanbul, during which a large cross was thrown into the waters of Bosporus and the Golden Horn to be retrieved by a group of swimmers to mark the Epiphany — a celebration of the baptism of Jesus Christ. 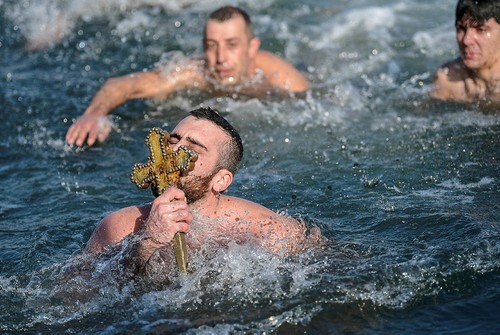 The ceremony of blessing the water took place in several Istanbul districts, including Balat, Ortaköy and Kuzguncuk.

Patriarch Bartholomew I threw the blessed cross into the waters of Istanbul's Golden Horn as the faithful jumped into the sea.

Nikos Solis, 29, a personal trainer from Greece, retrieved the wooden cross three years in a row.

Bartholomew presented Solis with a golden crucifix on a chain.

Due to a difference in calendars, many Orthodox churches mark Christmas Eve on Jan. 6 and Christmas is celebrated on Jan. 7 and not Dec. 25.

The majority of Orthodox churches worldwide use the Julian calendar, created under the reign of Julius Caesar in 45 BC, and have not adopted the commonly used Gregorian calendar, proposed by Latin Pope Gregory of Rome in 1582.

The former calendar runs 13 days behind.