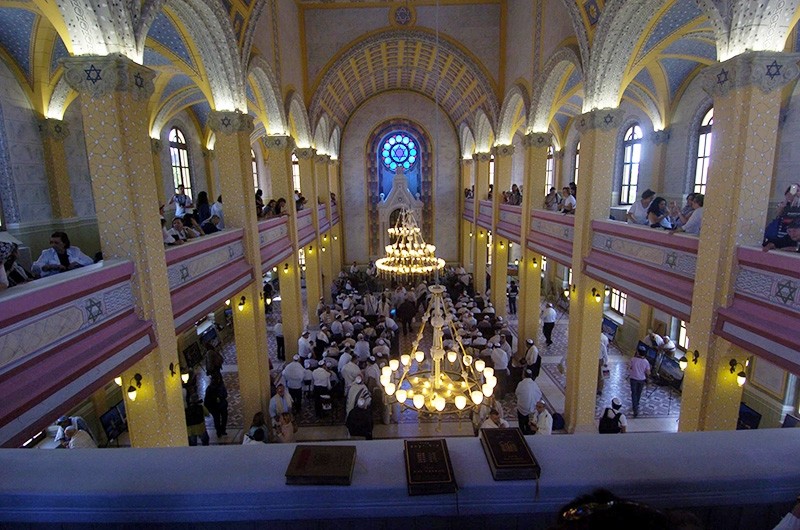 Turkish Jewish community on Sunday offered a special prayer for those martyred in the failed coup attempt of July 15, 2016, and for the longevity of the Turkish nation, the Turkish Jewish Society said Sunday morning.

"In our synagogues this morning, a special prayer was offered for the July 15 martyrs, and for the peace and continuation of our nation," the Turkish Jewish Society wrote on its official Twitter account.

"Respectfully commemorating the July 15 martyrs, we wish for enduring Democracy and National Unity," the tweet said.

On Sunday, Turkey marks the second anniversary of the defeated coup, committed by the Gülenist Terror Group (FETÖ) and its U.S.-based leader Fetullah Gülen, which left 251 people killed and nearly 2,200 injured.

Approximately 18,000 Jews live in Turkey, most of whom are inhabitants of Istanbul.