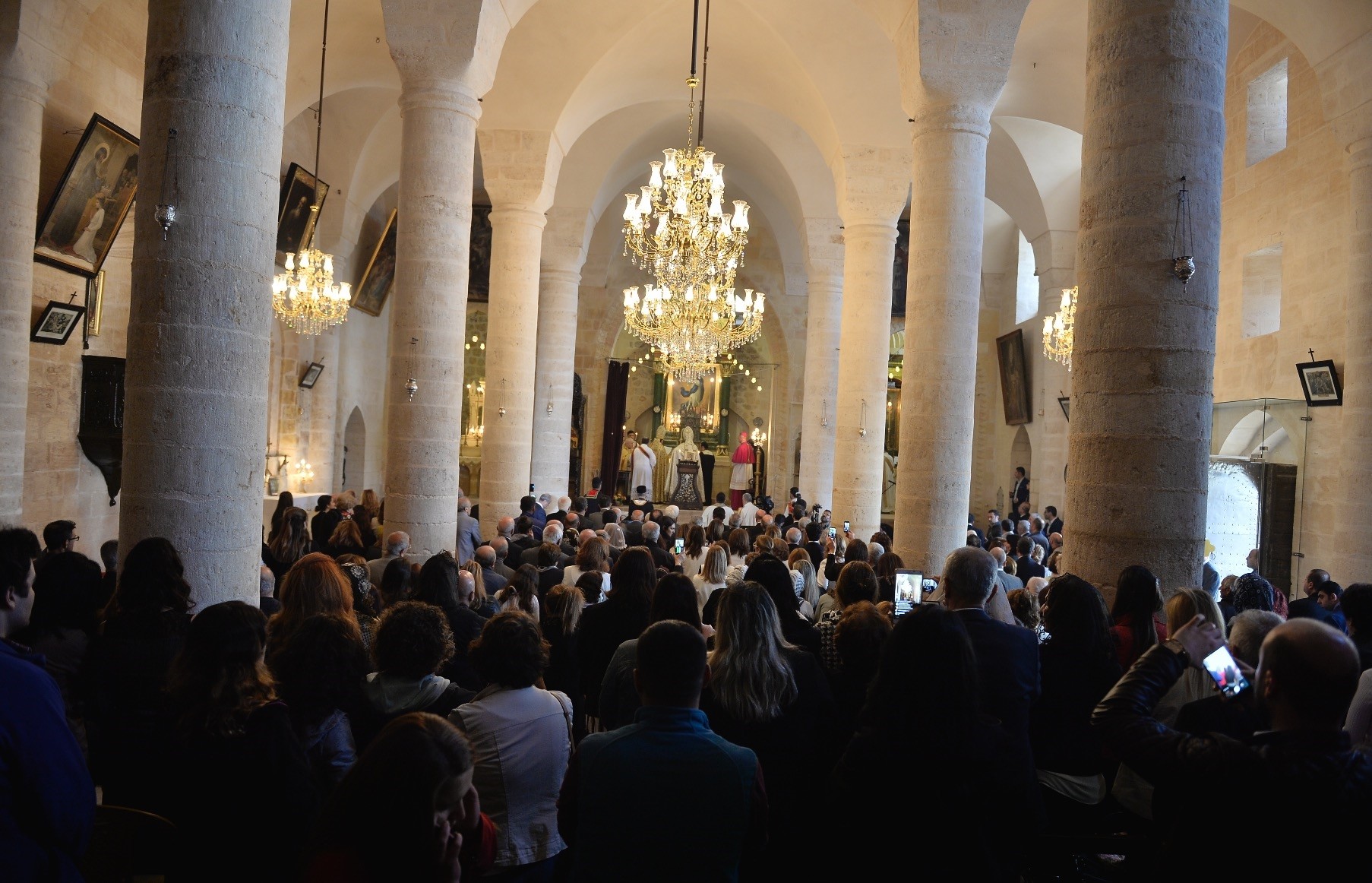 People pray at a Syriac church in Mardin. The city is home to a sizeable Syriac community.
by Daily Sabah with AA Jul 28, 2018 12:00 am

A recent regulation to grant free allocation for places of worship is welcomed by the Syriac community, which was the first to benefit with an almost five-decade protocol for use of an Istanbul church

A recent decision by the state-run authority overseeing places of worship helped religious minorities cut costs and regain their confidence in the state that once suppressed their rights. The Syriac community was the first to benefit from the regulation by the Directorate General of Foundations (VGM) that removed payments to the directorate for running places of worship, from churches to synagogues.

The community, mostly concentrated in southeastern Turkey, hailed the news and thanked Ankara.

Yılmaz Hiçbezmez, the deputy chairman of an association that oversees Deyrulzafaran, a historic Syriac monastery, said they were pleased with the Directorate's decision. Deyrulzafaran, an Orthodox monastery built in the fifth century, is located in the southeastern province of Mardin where the majority of the ancient Syriac Christian community lives. "We are happy for our Syriac Catholic brothers and sisters," he said in reference to the Sacre Coeur church, which was allocated to the Syriac Catholic community by the VGM earlier this month. The church in Istanbul was first to be allocated for free to religious minorities, and it was followed by the allocation of Mar Yuhanna Church in southern Hatay province to a Greek Orthodox foundation.

"We are aware that the president, the state and the AK Party are very sensitive on this issue. We are grateful," Hiçbezmez told Anadolu Agency. He added that they hoped there would be more places that will be given for free to religious communities, noting that they were ready to restore and maintain churches in Mardin and in the vicinity if the state gives them to the association for free. "There are some unused churches in the region, and we desire to reopen them for the faithful after restoring those places," he said.

Gabriel Akkurt, a priest in the monastery, said the news was cheered by the community and said it would be better if the state "also give title deeds" of places of worship to religious minorities. "We pray for our state and its leaders [for this decision]," he said.

The landmark move aims to boost the rights of diverse religious communities in Turkey whose religious freedoms had been suppressed for a long time under misguided state policies.

Since the Justice and Development Party (AK Party) came to power in 2002, Turkey has sought to restore the rights of religious minorities as well as their houses of worship, including those of Syriac communities, Jews and Greeks. Many properties have been returned decades after they were forcefully confiscated by the Turkish state, while the government continues to pursue a policy of restoring abandoned historical buildings.

The ethnic Syriac community historically lived in Turkey's southeast, but now numbers around 18,000 in Istanbul where the majority of non-Muslim minorities in the country reside. It plans to construct its first church in decades in the city's Yeşilköy district after authorities recently cleared the bureaucratic hurdles on the matter.