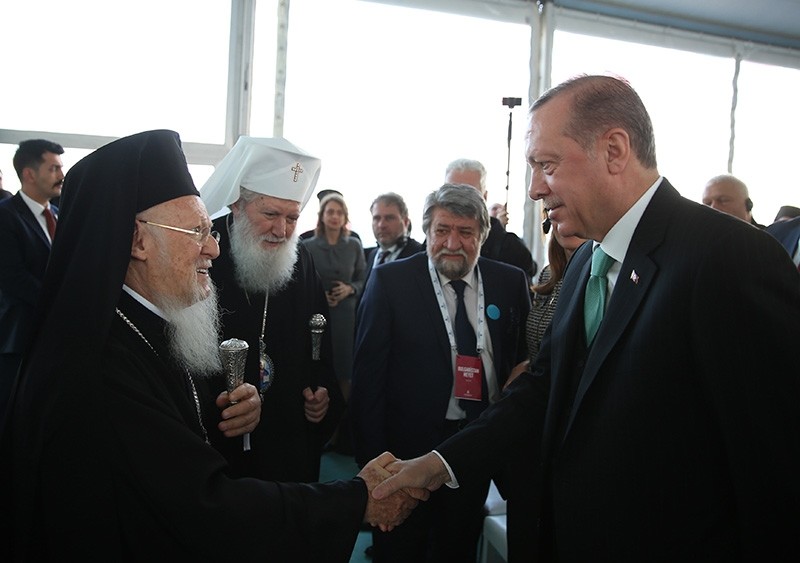 Leaders of every non-Muslim community in Turkey came together Tuesday to sign a joint declaration saying they are free to follow their faith in Turkey and denying allegations that members of minority faiths have experienced "pressure" on their communities.

The declaration sought to address allegations against the Turkish government that people of minority religions – including Orthodox Christianity, Syriac Christianity, Judaism and others – had been persecuted or hindered from worship and free expression of their faith.

"As religious representatives and directors of different faiths and beliefs who have been residing in our country for centuries, we live out our faiths freely and practice our worship freely according to our traditions," the statement said.

"The statements that claim and/or imply that [our faiths] are under pressure are totally unfounded and exceed reality. Many troubles and instances of victimization experienced in the past have been resolved in time," the leaders wrote.

They added that they are "constantly in consultations" with state institution in mutual goodwill to find solutions to issues faced by the minority communities.

The statement specified that the leadership felt the need to make a clear, joint declaration in order to provide the public with correct information.

In the past decade, Turkey has moved to reinstate the rights of minorities and help their survival as their numbers have dwindled over time. Long treated as second-class citizens, the Greek, Jewish, Armenian and Syriac communities have praised the efforts for the return of their rights, though they have complained about it being a slow process. Actions such as the controversial wealth tax imposed in 1942 that targeted rich non-Muslims, a pogrom in 1955 and the deportation of non-Muslim Turkish citizens in 1964 have added to "a fear of the state" among non-Muslim minorities in the past and forced a large number of people to leave the country.

The declaration did not specify any allegation, but a recent report by the U.S. State Department on religious freedoms painted a grim picture for Turkey's non-Muslim minorities by claiming violations of religious freedoms. Turkey has slammed the report and a Foreign Ministry spokesman said in May that it was "a repetition of certain baseless [yet] repeatedly made claims."