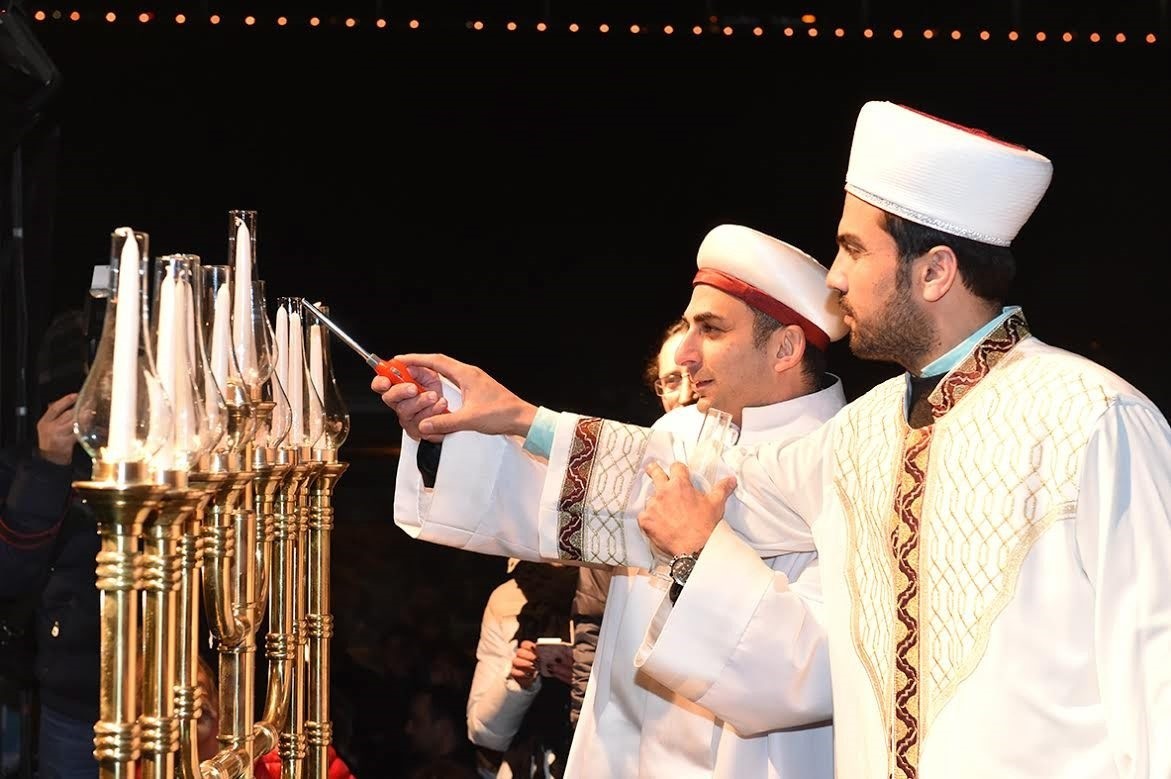 A Muslim imam helps a Jewish rabbi light a Hanukkah candle at an event in Istanbul in 2015, the first time Hanukkah was marked in public in the country.
by Daily Sabah Dec 03, 2018 12:00 am

President Recep Tayyip Erdoğan issued a message yesterday to celebrate the Jewish holiday of Hanukkah, which is being celebrated between Dec. 2 and Dec. 10.

"We attach great importance to freedom of religion and faith in this country, freedom for our citizens to live in peace together without discrimination of their race, faith or sect and freedom to demonstrate their culture, religious [rituals] and traditions. As representatives of a civilization, which views differences as richness, I celebrate Hanukkah with all Jewish people, particularly our Jewish citizens, and I know that this environment of mutual love and respect will prevail in the future as well," Erdoğan said in his message.

Approximately 18,000 Jews live in Turkey, most of them in Istanbul. They had a larger population, but a pogrom and the formation of the state of Israel led to a decline in their numbers. Hanukkah is celebrated by Jews worldwide for eight days and nights and falls on the 25th day of the Jewish month of Kislev.

In Hebrew, Hanukkah means "dedication," as the holiday celebrates the rededication of the Holy Temple in Jerusalem after the Jewish victory against the Seleucid monarchy in 165 B.C.

Often called the Festival of Lights, the holiday is celebrated with the lighting of the menorah, traditional food, games and gifts. Starting from the first day, Jews light candles arranged in a candelabrum known as "Hanukiah." The candelabrum holds nine candles, one for each night, plus a Shamash (servant) at a different height to light the other candles. Each night, another candle is added from right to left.