Muted and colorful, a varied Easter for Christian community 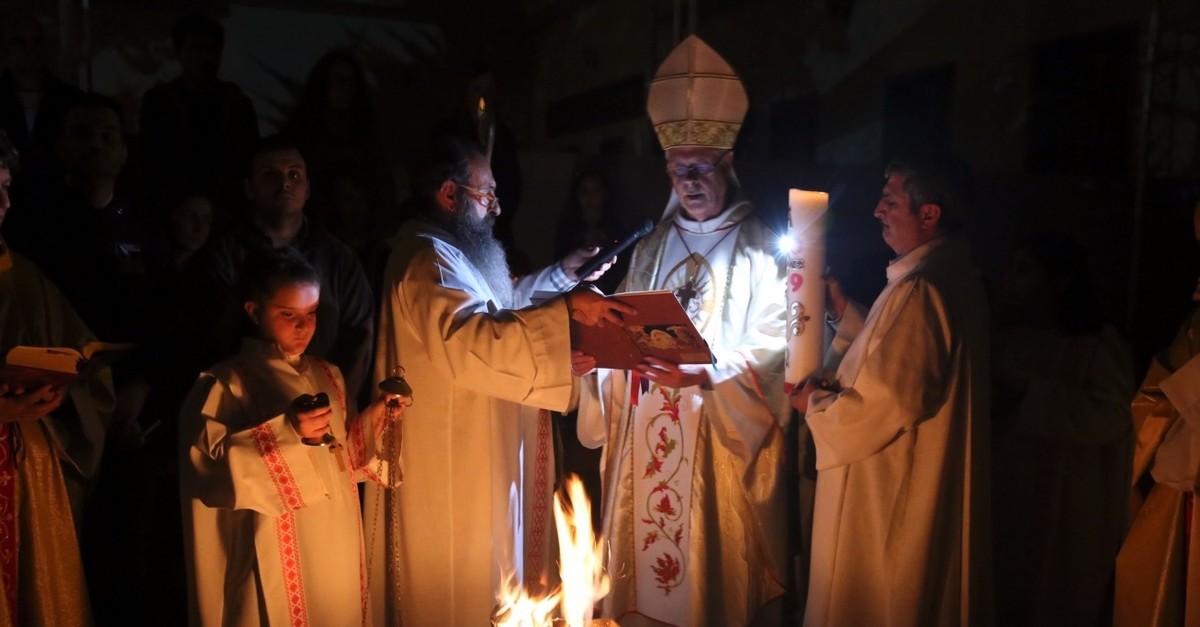 Turkey's Christian community marked Easter Sunday and for some whose church was damaged in PKK terrorist attacks, it was a muted occasion, while for others, it was a colorful day

A majority of Christian denominations in Turkey marked Easter Sunday in religious services and traditions associated with the holiday that marks the resurrection of Jesus from the dead following his crucifixion according to the Christian faith.

Easter was a bittersweet affair for the Armenian community in the southeastern province of Diyarbakır. Devoid of a church, the small community convened in a cafe in downtown Diyarbakır to mark the holiday. Their Surp Giragos Church is still unavailable for gatherings as it was heavily damaged in attacks by the PKK. The government will renovate the church and a Chaldean church in the area but until then, it is off-limits to the congregation who met over a breakfast Sunday for Zadig, as Easter is called by the Armenian Catholic Church. Speaking to reporters, Gafur Türkay, a board member of the foundation that runs the church, said it was a sad Easter for them although the government has started to renovate the church, as they are unable to mark the day in their ancient church. 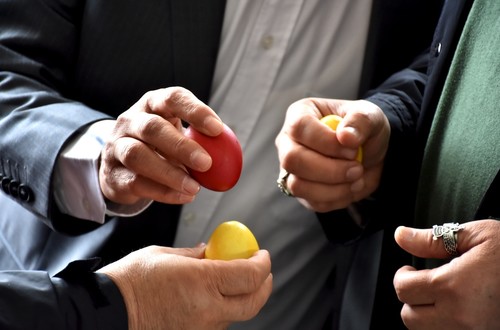 "We are a small community, but we used to have an enthusiastic crowd in our church every Easter, and we used to have guests from other faiths as well. I hope this will be the case again, and I hope this Easter brings peace to our country and the region," Türkay said. Built in 1376, the Surp Gragos Church is considered to be the largest Armenian Church in the Middle East. It was used as the military quarters of the German Army during World War I and was reopened in 1960. By 1980, the church was abandoned by Armenians who migrated to other areas and was in ruins by 1990. Left dilapidated due to the absence of a congregation, it was repaired again in the late 1990s. In 2012, it even got a new bell, which was a replica of its old bell. The church was still standing when it was further damaged in PKK attacks.

Another central point for Easter celebrations was Hatay, an ethnically and religiously diverse city in southern Turkey, which is home to Biblical Antioch. The Catholic community gathered in a cathedral in an İskenderun district for Easter services. A group of Iranian Christian refugees and Italian tourists were among those attending the services presided by Archbishop Paolo Bizzeti.

In the western city of İzmir, Easter service was held in the House of the Virgin Mary located near the ancient ruins of Ephesus. The house, where Virgin Mary is believed to have passed away, hosted Easter and Good Friday services on Friday and over the weekend for a large group of visitors. In Istanbul, the focal point of Easter services was the Church of St. Anthony of Padua, the city's largest and most renowned Roman Catholic Church, located on the famed İstiklal Avenue.

President Recep Tayyip Erdoğan issued a message congratulating Christian citizens on the occasion of the Easter holiday, emphasizing the importance of tolerance and acceptance. "I congratulate with my sincerest feelings our Christian citizens of various churches and groups on Easter, one of their most important feasts," Erdoğan said. He highlighted the importance of tolerance, mutual love, respect and solidarity, and the acceptance of differences as richness, and the basis of peace and prosperity in the world. "To us, who have been strengthening our unity and solidarity for centuries in this spirit, it is of utmost importance that all our citizens can freely practice their cultures, religions and traditions," Erdoğan said.