Village of Muslims, Assyrians and Yazidis stands out for its diversity 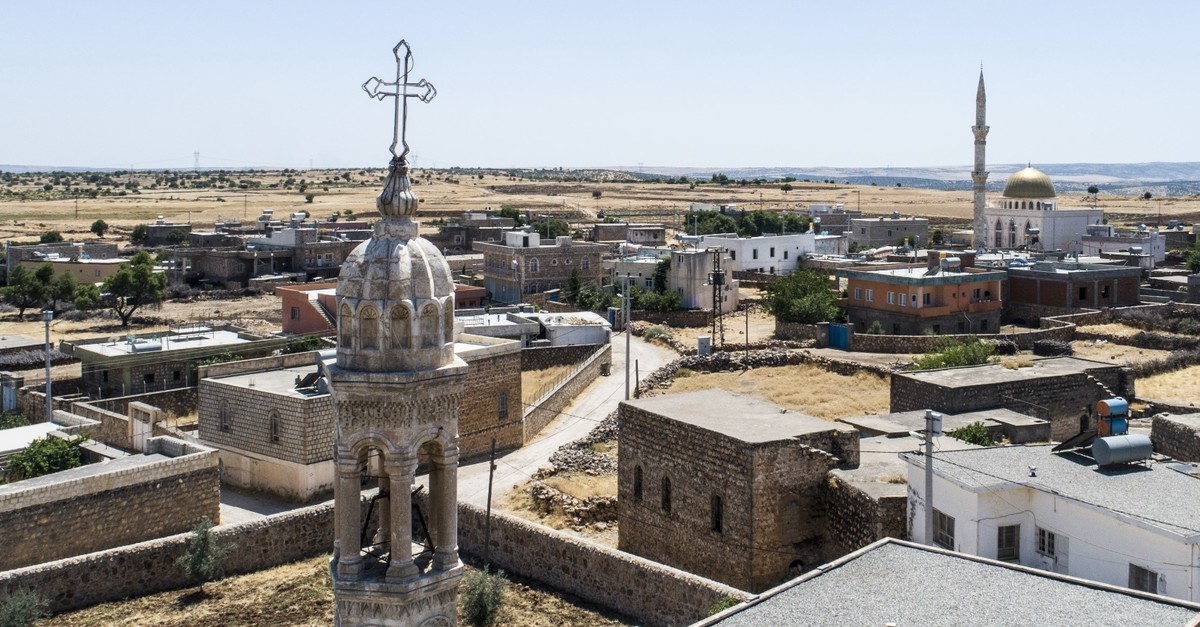 With a population slightly over 500, Yemişli village in Mardin may be the most diverse yet, with Assyrians, Muslim and Yazidi villagers proud of their coexistence where the sound of the adhan mingles with bells tolling

Far from cosmopolitan cities in the west and closer to ethnically and religiously uniform villages, Yemişli enjoys an enviable status as one of the most diverse places in Turkey. With a population of only 514, the village, in Midyat district of the southeastern province of Mardin, is home to Muslims, Assyrians and Yazidis, as well as four different languages. This is a place where you can hear Turkish, Kurdish, Assyrian and Arabic conversations on the streets, while the Muslim call to prayer (adhan) from two mosques can coincide with bells tolling in seven churches. Yemişli is almost like a small replica of greater Mardin, which historically has been home to ethnically and religiously diverse communities and is dubbed as the "city of tolerance." The village, also known as Nehile in Kurdish and Enhıl in Assyrian, is one of the rare places where locals can mark their six religious holidays together.

It is run by a committee of Muslim and Assyrian locals. It traces its name to Beth Nahle, an Assyrian name that means "between the valleys," fitting for its location on a hill surrounded by valleys. Its Turkish name, Yemişli or "place with fruits," refers to its rich pomegranate and fig orchards. 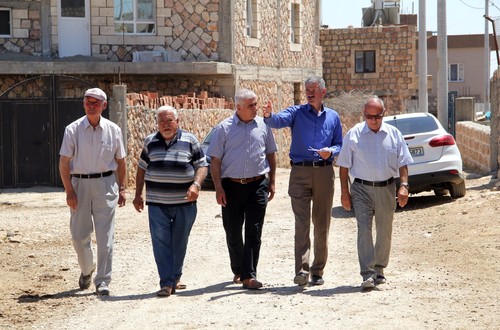 Village headman Lokman Acar, a Muslim, told Anadolu Agency (AA) that they have lived as brothers and sisters for years and shared both their grief and celebrations, be it a funeral or a wedding. "Assyrians trusted us so much that they entrusted their houses and lands to us when they migrated to other places in the past. They returned in the 2000s, repaired their houses and started resettling here," he said. "We are inseparable. We have dinners together, we have our afternoon tea together," Acar added. Assyrian residents who migrated to other cities usually return to spend summers in Yemişli, and their number currently stands at 150. Acar said Muslims constitute about 70 households in the village.

Yemişli has been mostly in ruins due to the rampant campaign of terror by the PKK in the region, and most villagers were forced to flee. When Muslim villagers returned, the Assyrian villagers followed suit. "We are back together and work together to bring back the good old days," the village headman said. "This is a place that should be exemplary for civilizations. Our ancestors lived together for centuries, and we do so too," he said. The village's history goes back to the Middle Ages when it was an important settlement for the Assyrian population in the region.

Mor Eşayo and Mor Kuryakus, the village's two churches, which were closed more than 30 years ago after the congregation migrated to other cities due to terrorism, were reopened nine years after with returnees restoring it.​

Mehmet Mahsum Küçükaslan was among those who left the village in 1991 for Istanbul and returned in 2007. "We are like brothers and sisters with our Assyrian neighbors. We never had any problems among us," he said.​

Efrim Koç, a 68-year-old Assyrian villager, left Yemişli when he was seven as his family first went to Istanbul and then migrated to Europe. He always longed for life in Yemişli and decided to return some 15 years ago. He spends nine months in the village every year. "Villages where people are born are places they miss most as they retire. This is a village with nice weather and people. We have a very good dialogue with our neighbors. This is why I spend my time here," he says. Koç says their Muslim and Yazidi neighbors never separated from them. "They come to celebrate our [religious] holidays, and we visit them on their holidays," he said.​

Kenan Karataş, another Assyrian villager, likened Yemişli to "a mosaic." "We live in peace and respect each other," he said.