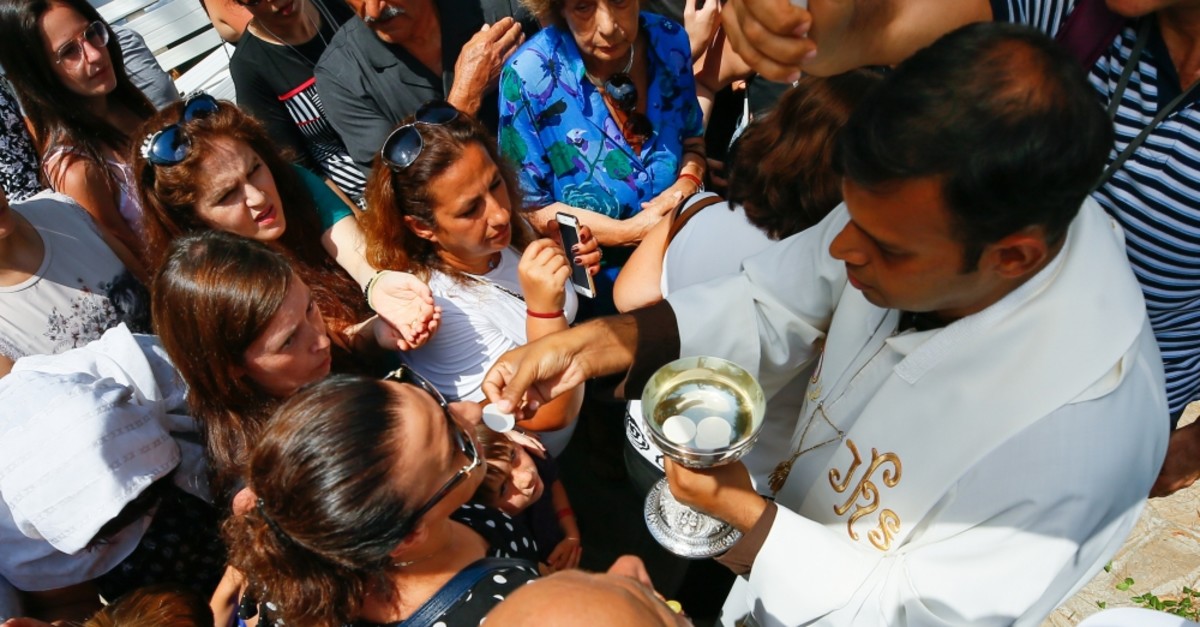 The most significant service was in Meryemana House (House of Virgin Mary) in the Selçuk district of İzmir, a western Turkish city where the Assumption or bodily ascent of Virgin Mary to heaven is believed to have taken place. Vatican Ambassador in Ankara Paul Fitzpatrick Russell presided over the service, which was attended by Catholic bishops stationed in Turkey. A large number of visitors were at the site for the service and formed long lines for a piece of blessed grapes, figs and wafers.

The Virgin Mary House, a stone structure on the outskirts of Bülbül Mountain, has been a popular spot for Christian pilgrims since its discovery in the 19th century. It was discovered after a series of visions by 19th century nun Anne Catherine Emmerich led priests to Ephesus, an ancient settlement in Selçuk. The house was built by the Apostle John for Mary, according to Emmerich, who was later beatified by the Vatican. The Catholic faithful believes she underwent her Assumption - her death - in the house, which dates back to the Apostolic Age. Though the Vatican never openly acknowledged the place as the dwelling of the Virgin Mary, it was visited by three pontiffs in the 20th century and recently by former Pope Benedict XVI in 2006. "It is a great blessing for us to mark this day in this very special place where the very event of Assumption took place," Russell said.

The Orthodox Christian community of Turkey marked the day in Meryem Ana Church in Gökçeada, a western Turkish island that once had a sizable Greek population. Fener Greek Orthodox Patriarch Bartholomew, spiritual leader of Greek Orthodox faithful in Turkey and other countries, presided over an Assumption Day service in the historical church. Orthodox bishops from around the world as well as the local Greek community attended the service.