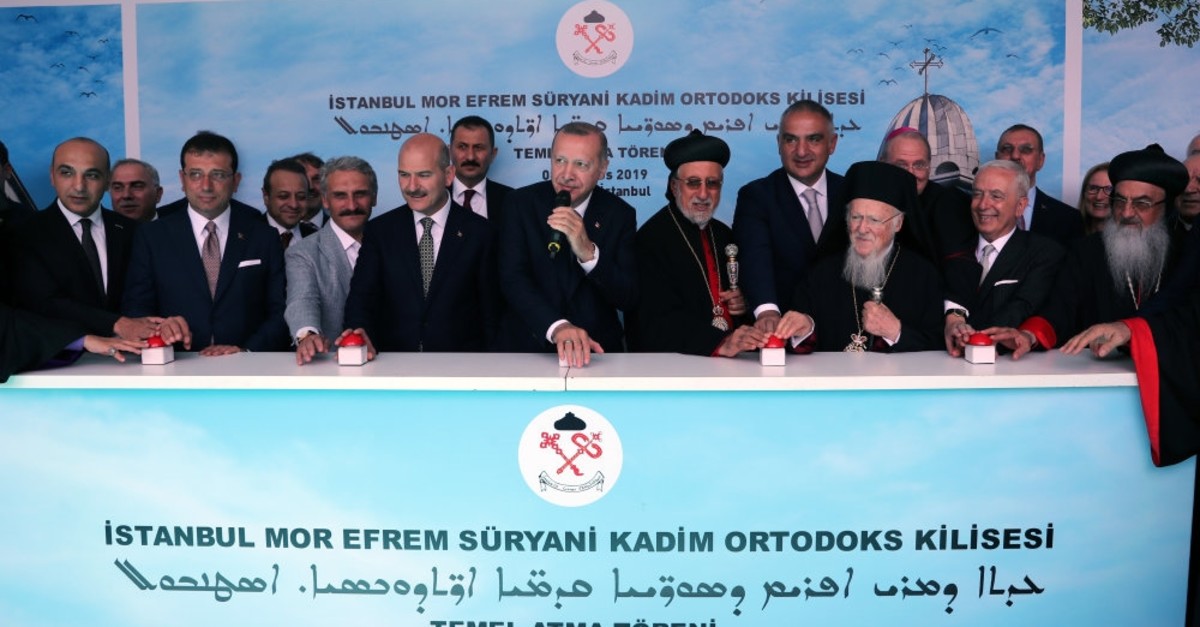 The Assyrian community is in the best period in its history under the ruling Justice and Development (AK) Party, said a prominent member. Kenan Gürdal, deputy chair of the Istanbul Süryani [Assyrian] Kadim Foundation, which recently started construction of the Republic of Turkey's first new church, said no other government heeded their call for resolution of their problems before, and it was President Recep Tayyip Erdoğan who supported their religious freedoms.

The community, which is concentrated in Istanbul and southeastern Turkey, launched construction of Mor Ephrem Church in Istanbul's Yeşilköy district in a landmark ceremony attended by President Erdoğan earlier this month. The church, to be completed in two years, is the first new church to be built since the foundation of the Republic of Turkey in 1923.

Gürdal told the Akşam newspaper in an interview that it was Erdoğan who heard their problems for the first time. "We visited Erdoğan in 2010 when he was still prime minister and told him that we were still praying in the church of other denominations," Gürdal said, pointing out that 18,000 among 25,000 Assyrian community members lived in Istanbul. "He told us it was our natural right to have our own church, and he called the Istanbul mayor, asking him to help us [with the permit for church construction]," Gürdal said. The community had only a small, old church in Tarlabaşı, a neighborhood next to iconic Taksim Square and found an empty lot belonging to the municipality near the Italian cemetery for the construction of the new church.

A new church is not the only novelty for minorities like the Assyrians, and Gürdal said a "foundations law" enacted in 2008 resolved many problems minorities faced.

Erdoğan, in his tenure as prime minister and president, has been credited with enacting reforms for religious minorities, to help them regain their rights, including the return of properties that were unfairly seized from minorities in the past. The foundations law streamlines the process for rights of foundations set up to run places of worships for minorities.

A string of controversial policies toward minorities dating back to the early years of the Turkish Republic, stifled their rights and led to a decline in church attendance as many migrated abroad over the years due to policies of suppression.

"The community is well aware of Erdoğan's support for them to execute their right to worship, and they admire him. It was meaningful to have the president at the foundation-laying ceremony. I have community members calling from abroad to express how happy they are with construction of the new church. Some people cannot even believe it is happening," Gürdal said. He said the community feels very happy nowadays. Support for the new church is not the only thing they we are grateful for to Erdoğan, Gürdal said, pointing to the opening of a school for Assyrian children. "We had appealed to previous governments to open the school, but we were told that we were not entitled to have permission as we were not granted 'minority' status. We applied again in 2014, and this time, it was accepted. It was because Erdoğan intervened and helped us to open the school. We are eternally grateful to him," he said.