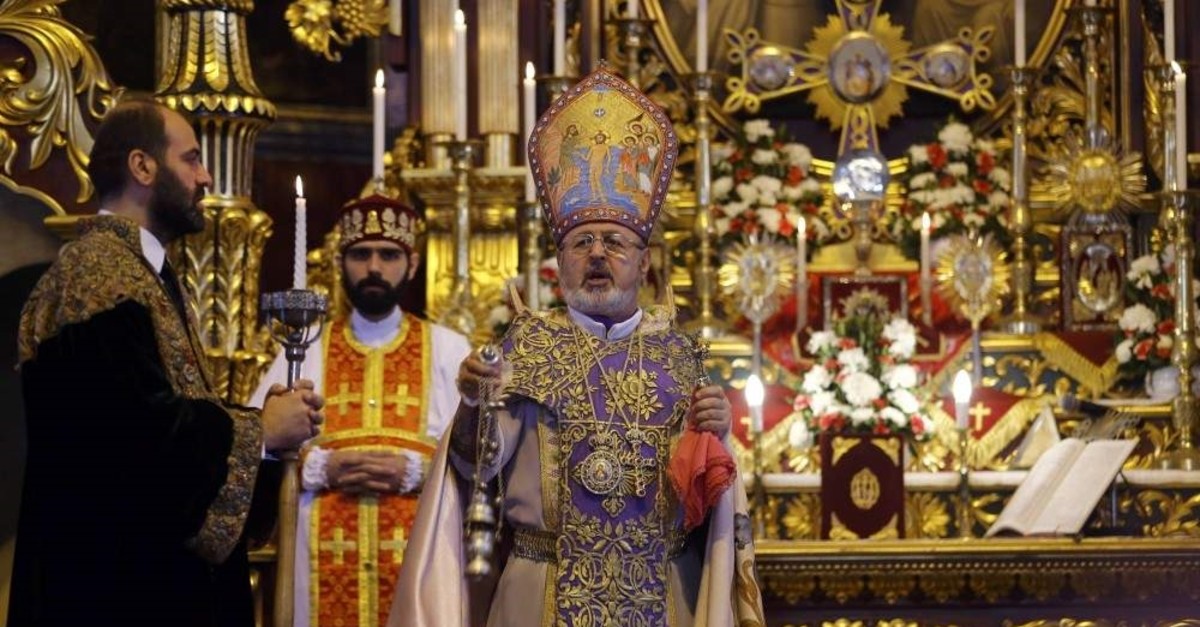 The Armenian community of Turkey voted in Armenian Gregorian churches across the country on Monday to elect delegates to choose the 85th head of the church in elections to be held on Wednesday.

The community voted in churches in Istanbul, central Kayseri province and southeastern Diyarbakır, Mardin and Hatay provinces after a long period of uncertainty and mourning following the death of Mesrob II, the revered head of the patriarchate of Turkey's Armenians who passed away on March 8 after an 11-year fight against dementia.

Some 102 delegates chosen in Monday's election will choose the next head of the church in upcoming elections.

Two candidates are running in the election, Archbishop Aram Ateşyan, who served as acting patriarch during the absence of Mesrob II, and Archbishop Sahak Maşalyan.

Sebuh Çulciyan, who is the childhood friend of assassinated Turkish-Armenian journalist Hrant Dink and now lives and serves in Armenia, was also a candidate for the election. However, according to the new regulations by the Interior Ministry, reverends living abroad can no longer run in elections.

Speaking of the new regulations, Arman Hilkat, who lives in the Kadıköy district on the Anatolian side of Istanbul, told the Turkish edition of Voice of America (VOA) that he thinks “the competition of the people who knew the (Armenian) congregation and who knew Istanbul was more correct,” adding: “From now on, whoever is elected as the patriarch will rule our church and unite the people.”

Previously, the illness of Mesrob II stirred up controversy in the community, and many called for an election while the former patriarch was still alive. The Turkish state, which has authority over elections, would not authorize a replacement for the patriarchate while he was still alive, despite calls by Ateşyan and his dissidents for elections.