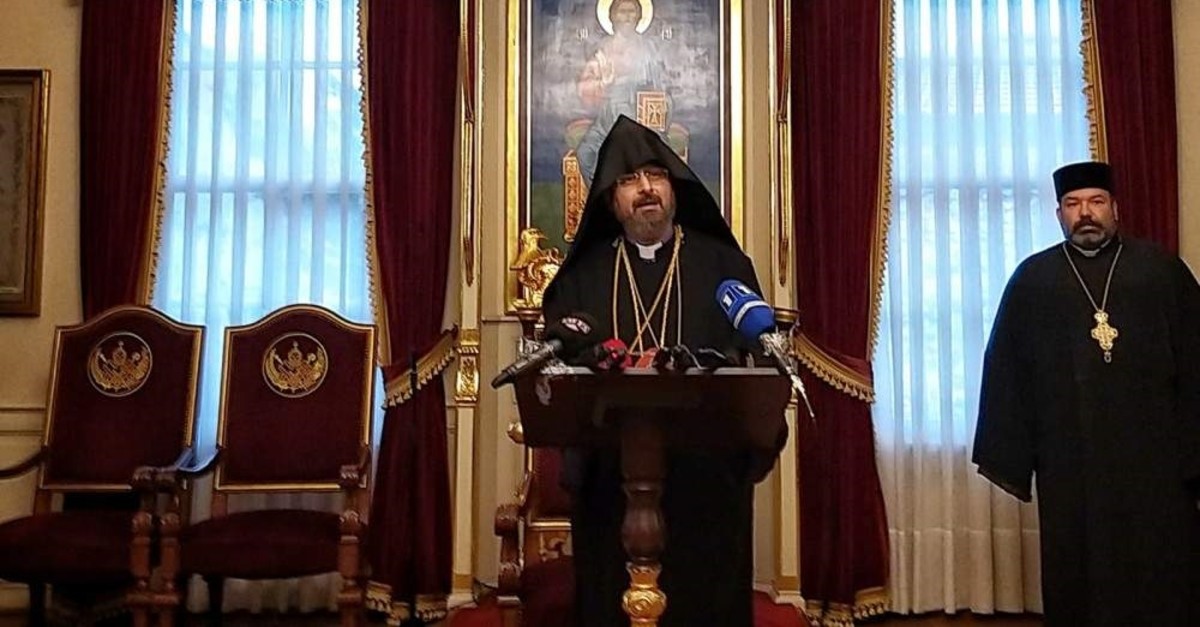 Sahak Maşalyan became the 85th Patriarch of Turkey's Armenians Wednesday after winning the election held in Armenian Gregorian churches across the country. Maşalyan won the election after receiving 102 votes out of 119 against his rival Aram Ateşyan, who served as acting patriarch during the absence of Mesrob II.

The elections came after a long period of uncertainty and mourning following the death of Mesrob II, the revered head of the patriarchate of Turkey's Armenians who passed away on March 8 after an 11-year fight against dementia.

Born in Istanbul’s Bayrampaşa district in 1962, Maşalyan graduated from Istanbul University’s philosophy department and decided to become a priest in 1982. After becoming a high priest (vertaped) in 1984, he was then promoted to deacon (sargavak) in 1986 by then-Patriarch Şnork Kalutsyan.

After receiving a master’s degree in spirituality in 1999 from Milltown Institute of Philosophy and Theology in Dublin, Maşalyan returned to Turkey and began serving as a preacher and spiritual counselor in Istanbul’s Kınalıada, Kumkapı Dışı Surp Harutyun, Gedikpaşa and Galata churches.

Following the mourning process over Mesrob II’s death, the absence of the new head of the church stirred unrest and controversy among the community. Even long before the death of Mesrob II, when his health problems began in 2008, many called for an election, including Ateşyan and his dissidents.

However, the Turkish state – which has authority over elections – would not authorize a replacement for the patriarchate while he was still alive. Instead, Ateşyan was appointed as acting head of the church in 2010, since Mutafyan was not able to perform his duties due to illness.

The decision for an election was finally made in 2016 after requests from the community. Karekin Bekchivan was elected as the governor of the patriarchate in order to make the election process run smoothly; however, Ateşyan did not resign from his duty despite the beginning of the election process. The process, which was halted after Bekhcivan left Turkey following disputes between him and the Istanbul governorship, relaunched with the death of Mesrob II.

The Orthodox Patriarchate and its large congregation in Istanbul trace their roots back to the conquest of the city by the Ottomans and Mehmed II (Mehmed the Conqueror), who is credited with paving the way for the establishment of a patriarchate. Before the sultan granted them religious freedom, Armenians were forced to pray in the Byzantine churches of other communities in the city.

The patriarchate was an influential religious authority for Armenian communities around the world until the early 20th century, but its influence has decreased over time, especially after the Armenian population in Turkey diminished following World War I and after the collapse of the Ottoman Empire.