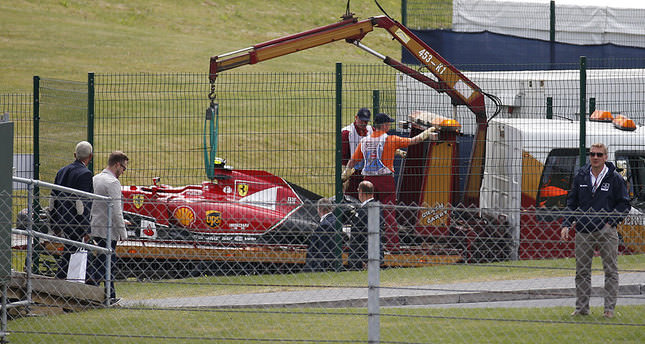 by Jul 06, 2014 12:00 am
Sunday's British Formula One Grand Prix was stopped on the opening lap after Ferrari's Kimi Räikkönen speared heavily into the barriers.

The Finn, 2007 world champion, was able to get out and limped to a safety car before being taken to the circuit medical centre.

Officials said the race would re-start once repairs had been made to the damaged guardrail.

It was the first time since Monaco 2000 that a race had been red-flagged on the opening lap.

Brazilian Felipe Massa, starting his 200th race, was also caught up in the incident when he had to take avoiding action as Räikkönen's Ferrari re-entered the track in front of his Williams.

Massa looked unlikely to re-start, despite nursing the stricken car back to his mechanics, with the Williams too badly damaged.

Formula One championship leader Nico Rosberg had started from pole for Mercedes, with McLaren's Jenson Button in second place when the race was stopped. Rosberg's team mate and title rival Lewis Hamilton was fourth.