Hamilton pulls away after three wins in four races 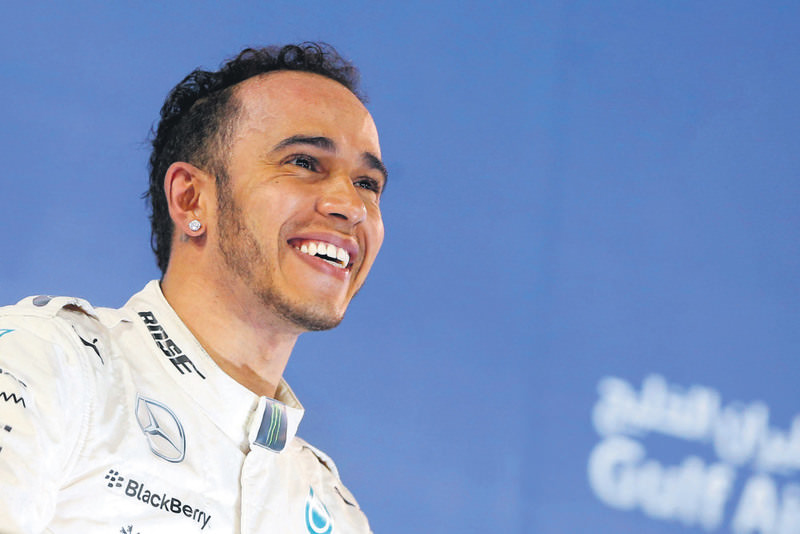 by reuters Apr 20, 2015 12:00 am
Formula One world champion Lewis Hamilton won the Bahrain Grand Prix for the second year in a row on Sunday with Ferrari's Kimi Raikkonen back on the podium to deny Mercedes another one-two finish under the floodlights. The Briton's flying pole-to-flag victory at the desert track was his third win in four races this season and 36th of his career. The 30-year-old increased his lead over Rosberg in the standings to 27 points, with the Briton now having 93 points to the German's 66 as the championship heads back to start the European season. "I am gunning for it," Hamilton told triple world champion Jackie Stewart, doing the podium interviews, when reminded that he could also be a three-times champion by the end of the season.
Last Update: Apr 21, 2015 1:22 am
RELATED TOPICS