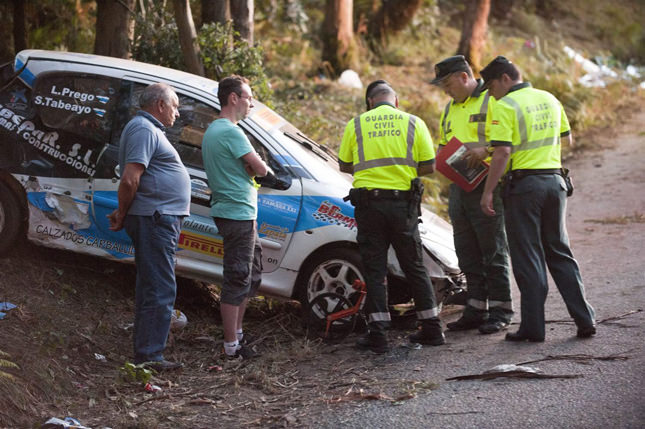 The death toll after a race car lost control during a rally in northwestern Spain has risen to seven following the death of an 11-year-old spectator.

A hospital spokesman in the city of A Coruna said Monday that the girl died of her injuries late Sunday night.

He says five people hurt in Saturday's accident are still hospitalized. He spoke on condition of anonymity, citing hospital policy.

The car went off the rural road where the rally was being held, flipped over and crashed into spectators. Police are investigating the cause of the accident.
Last Update: Sep 07, 2015 1:17 pm
RELATED TOPICS