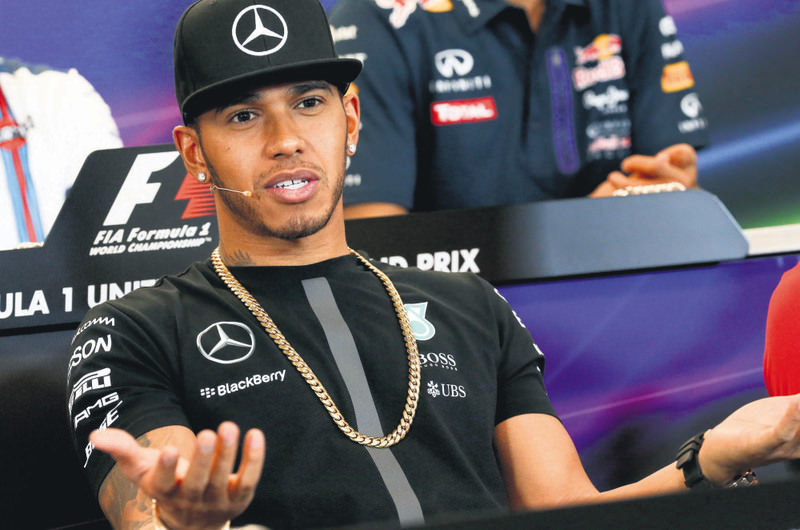 by Associated Press Oct 24, 2015 12:00 am
Thirty miles away from the Circuit of the Americas, with its iconic red, white and blue racing stripes and grandstands that will be filled with more than 100,000 fans for the United States Grand Prix, Lewis Hamilton was being a kid again. Formula One's 30-year-old defending world champion was back where he loves to be, on a go-kart track tucked into a north Austin industrial park, zipping his racer through wicked turns and tight corners similar to those where he honed his craft in Britain. First came the high-fives with a group of 10-year-olds. Then came the challenge. "I'm going to beat you," Travon Williams told Hamilton before passing him. "I'm better than you."

"I see myself in them," Hamilton said. "They are just like me, wanting to race and have fun. I'm pretty much like a big kid."

The drive down memory lane was short. After a few laps, Hamilton was whisked into a small room for more than an hour of interviews set up by sponsor Epson, one of the corporations that has made Formula One as much a global business as a sport, and has helped make Hamilton a very wealthy global celebrity.

With the young racers still playing nearby, Hamilton was asked to size up his career. A win Sunday could clinch his second consecutive world title and third overall. If he doesn't get it here, Hamilton has three more races left to win the 2015 championship. It would take a colossal, and improbable, season-ending collapse to deny him.

"I haven't really been thinking about it," Hamilton said. "If I come to that hurdle and get over it, I'll think about it."

A third world title would start talk of a legacy for the first black driver in Formula One, who comes from humble beginnings. Hamilton's father worked extra jobs to support his budding star, and the racer's working-class London upbringing makes for a unique origin story in a sport that caters to the rich. Three world titles would tie him with Brazilian legend Aryton Senna. Only four drivers Michael Schumacher, Juan Manuel Fangio, Alain Prost and Sebastian Vettel have won more.

"Growing up, I always wanted to do something similar to Ayrton," Hamilton said. "We never knew we were going to make it to Formula One. It was never a given. Then I won the first championship and I was like, 'I'd love to win it again, I think I've got it in me.' Then I got my second and now I'm fighting for a third."
RELATED TOPICS