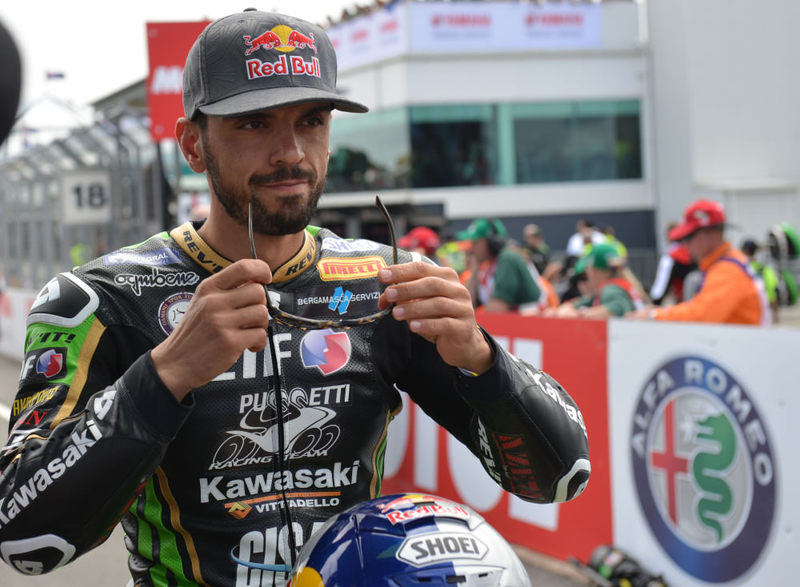 Kenan Sofuoğlu, who has won the highest number of Supersport World Championship titles, was a victim of a flat tire during the 2016 World Supersport race. He hinted someone might have tried to stop him while he was on top

Kenan Sofuoğlu, a Turkish professional motorcycle racer, who has won the highest number of Supersport World Championship titles, hinted that his race might have been sabotaged during the first stage of the 2016 World Supersport race held in Australia. Speaking to Anadolu Agency (AA) he said he had question marks in his head regarding his back tires, which blew out with three laps to go.

"Since I never had experienced tire problems, the things that happened to me during the race put question marks into my mind. I felt there was a tire problem from the beginning of the race. I started to have difficulties. The tires were slipping extremely. I tried to keep going and captured the lead position but the problem got bigger. I felt it from the vibration in my motor and finally the tire blew out in the exit of the bend. So I got out of the race.

"During the tests, everything went well. I am searching for the possible causes. I can't accept this result. While we have been doing so well, did someone try to stop us? Why did it happened? Just out of bad luck? I doubt that."

He also wrote on his Facebook page "When you are leading the race does your tire blow out? Yes it does, if someone does not want you to win!"

"I lost 25 points here. It means a great deal of a blow for me in the title race. It is very difficult to start 25 points behind. However there are 12 races to go and I will never give up. My morale is not well right now but after I get some rest we will keep working."

On Sunday, Randy Krummenacher scored a famous victory in his first ever World Supersport race after team-mate Sofuoğlu dramatically fell from the lead with just over two laps to run at Phillip Island.

In a topsy-turvy affair, where the free practice form book was ripped up to become almost totally irrelevant, Italian teenager Federico Caricasulo snatched second place away from wild card Anthony West in a typical slipstream duel to the flag.

Pulsating and at times perplexing, the 18-lap affair also claimed early leader Jules Cluzel, who ran off the track at the Southern Loop, and team-mate Lorenzo Zanetti, the Italian colliding with Caracasulo on the exit of turn four mid-way through proceedings.

In the early exchanges lap times were some two seconds slower than the formidable pace Sofuoğlu set in morning warm-up. As the reigning world champion lurked behind the top three, he gave the impression he was simply picking his moment to get through and escape from a group that included Caricasulo, Zanetti, Alex Baldolini, GoEleven Kawasaki's Christian Gamarino and the rapidly improving Gino Rea.

It was somewhat surprising to see Cluzel posing the greatest threat to the Sofuoğlu hegemony early on. Just two corners further to be precise, as Lorenzo Zanetti was forced to stand his machine up in turn four, before his front wheel was collected by countryman Caricasulo on the stretch to Siberia.

It was then that Sofuoğlu signaled his intentions, passing the spectacular Anthony West on lap 11 for the lead. Rarely a class that offers predictable results, Sofuoğlu was then seen rolling through the gravel on the exit to Siberia while managing what was a comfortable lead with just three laps remaining. Thus a slightly disbelieving Krummenacher eased to a fine debut win, with Caricasulo winning out over West in an exciting dash to the finish line. Gamarino was fourth with Jacobsen leading Baldolini and Rea in a six-way fight for second that was covered by less than a second.

There was disappointment for Kyle Smith, who retired early on. British Supersport champion Luke Stapleford finished just outside the points in 16th with Kyle Ryde falling through the field to finish 19th. Stefan Hill was a place behind in 20th.
RELATED TOPICS