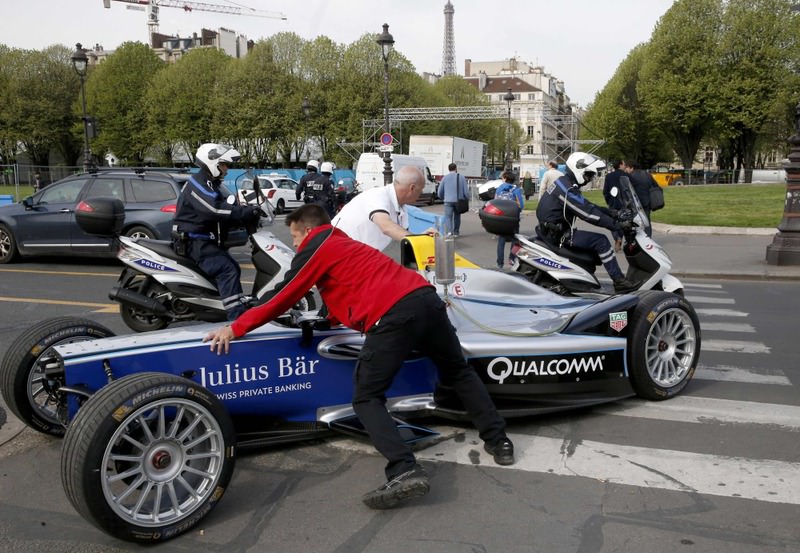 by Apr 23, 2016 12:00 am
Nobody knows what Napolean Bonaparte would think but, this Saturday, Formula E will make its debut in Paris at a circuit which has been under attack by conservationists near the French emperor's tomb. The City of Light is on the seventh leg of its all-electric championship, now in its second season. The latest addition to the Formula E calendar boasts a spectacular 1.93-kilometer street circuit around Les Invalides, one of the must-see landmarks in the French capital. The event is being lauded by Paris Mayor Anne Hidalgo as a means to promote the use of electric cars.

Formula E "is a means to dramatically develop electric mobility that is essential for our cities," Hidalgo told Agence France-Presse (AFP). Jean-Francois Martins, Hidalgo's sports deputy, added: "When the FIA [motorsports ruling body] approached us to propose hosting the Grand Prix, they asked us to hold it on the edge of the city. But we decided to set it up in Paris for symbolic purposes: placing electric mobility at the heart of the city."

Still, not everyone is enamored by the prospect of 18 cars hurtling around the streets of Paris at speeds over 200 kilometers per hour.

"This event absolutely does not promote the use of alternative cars, but rather, advertising speed," said David Belliard, co-president of the Environmental Group of Paris (GEP).

"We're going to make cars compete against each other in the heart of the capital," he added.

"It's unnatural to promote alternative means of transportation for cars every day, like the Velib [public bike system] first launched in Paris in 2007."

"This is neither a massacre nor an ecological disaster," he insisted, adding that "the infrastructure was brought up the River Seine which prevented the need for more than 200 trucks."

To protect the cobblestones, they were first covered in a film of plastic and sand before the tarmac went down.A building complex known as the Hotel National des Invalides in the 7th arrondisement is also home to the Musee de l'Armee.