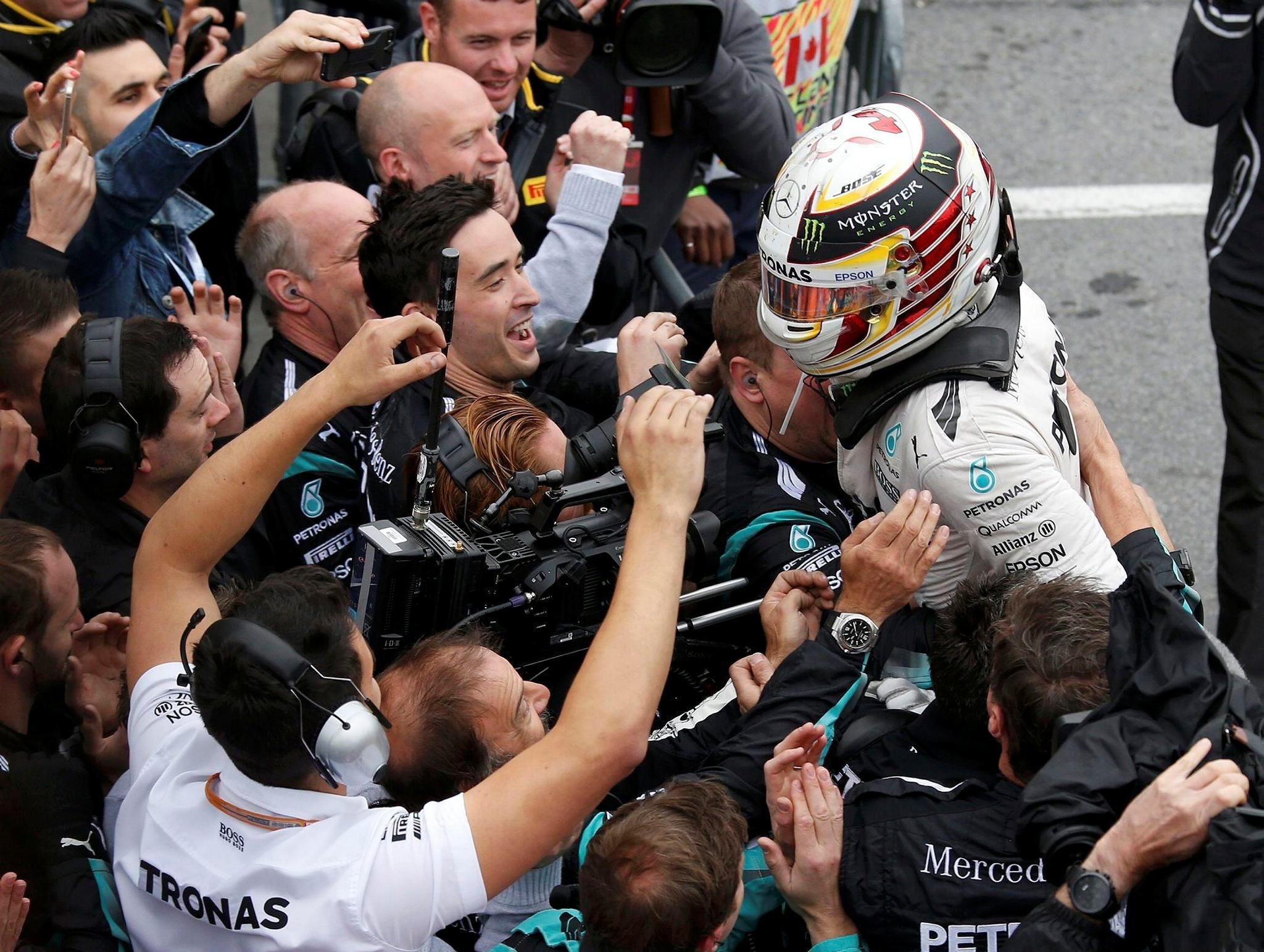 Lewis Hamilton secured his second straight victory of the season and his fifth on his favourite circuit on Sunday when he revived his title defence with a memorable triumph at the Canadian Grand Prix.

The 31-year-old Briton, who ended seven winless months with his victory in Monaco last month, delivered a gutsy and well-judged drive in his Mercedes to recover from a poor start and finish ahead of Sebastian Vettel of Ferrari.

Finn Valtteri Bottas repeated his success of 2015 at the Circuit Gilles Villeneuve when he claimed the Williams team's first podium finish of the season in third place.

Hamilton has now cut teammate Nico Rosberg's lead from 43 points to nine in the last two races to set himself up for a tilt at his fourth title.

"Float like a butterfly, sting like a bee. That was for Muhammad" said the Englishman in tribute to the late Muhammad Ali as he drove his slowing down victory lap.

Record breaking Dutch teenager Max Verstappen was fourth for Red Bull, finishing ahead of championship leader Rosberg who was fifth in the second Mercedes after a last lap spin.

Kimi Raikkonen finished sixth in the second Ferrari, ahead of Australian Daniel Ricciardo in the second Red Bull and Nico Hulkenberg of Force India.