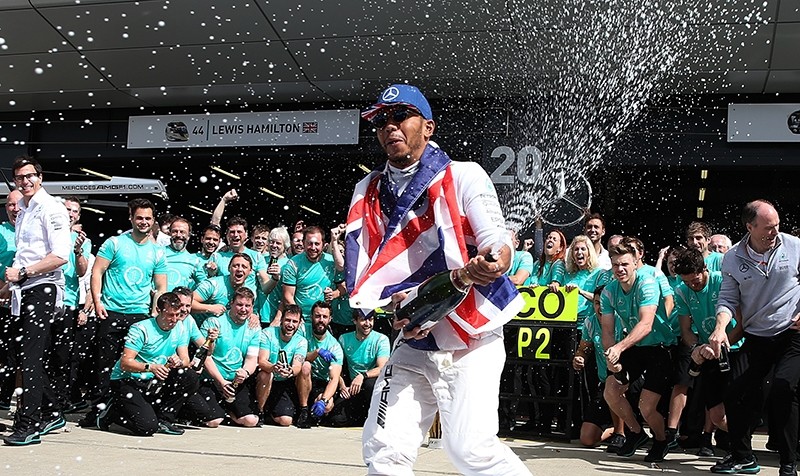 Lewis Hamilton streaked away to comfortably win his home British Grand Prix on Sunday at Silverstone, with Mercedes teammate Nico Rosberg hanging on for a provisional second.

Third was the Red Bull of Max Verstappen, but championship leader Rosberg -- suffering late gear-box problems -- was under investigation over a radio communication that could spell further trouble for the German, who now only leads Hamilton by four points.

Hamilton, who started from pole in a race that began slowly behind the safety car because of heavy rain, has gradually eaten away at rival Rosberg's lead in the drivers' standings.

The Briton, the reigning world champion, has now made it four wins in the last five races to pile the pressure on Rosberg.

The duo had a last-lap collision last weekend in Austria, before Hamilton claimed a controversial victory, further straining already frosty relations between the two.

Rosberg was booed on the podium at Silverstone.