Malaysia may stop hosting Formula One over dropping popularity 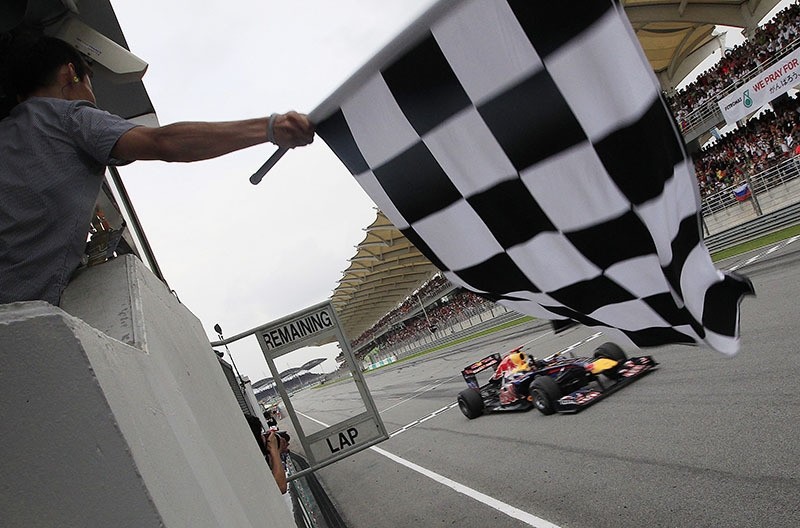 Red Bull Formula One driver Sebastian Vettel of Germany takes the checker flag during the Malaysian Formula One Grand Prix in Sepang, Malaysia. (AP Photo)
by French Press Agency - AFP Oct 25, 2016 12:00 am
Malaysia may scrap the Formula One Grand Prix race after its contract ends in 2018 given the event's failure to spur economic benefits for the country, sports officials said Tuesday.

High costs combined with falling ticket sales and TV viewership have dented returns, according to officials, who are due to meet later this week to discuss the future of the race.

"The locals are not buying the tickets to watch F1," Razlan Razali, the chief executive of Sepang International Circuit (SIC) where the races are held told AFP.

"If there is no economic value, why should we continue. We better take a temporary break."

Razlan said the huge circuit can accommodate 120,000 fans but this year's spectator figures for the weekend race were only around 45,000, compounded by poor race-day TV ratings.

Hosting F1 was "very expensive... it runs into millions of dollars," he added.

In comments on Twitter earlier, Sports Minister Khairy Jamaluddin said competition from other venues outside of Malaysia was also taking its toll and the number of foreign tourists attending the race was dwindling.

"When we first hosted the F1 it was a big deal. First in Asia outside Japan. Now so many venues. No first mover advantage. Not a novelty."

"F1 ticket sales declining, TV viewership down. Foreign visitors down b/c (because) can choose Singapore, China, Middle East. Returns are not as big."

"I think we should stop hosting the F1. At least for a while. Cost too high, returns limited."

Malaysia's Sepang International Circuit hosted its first Grand Prix in 1999, making it one of the oldest in the region.

State energy firm Petronas, which is the title sponsor and backs the championship leading Mercedes team, has been badly hit financially due to volatile oil prices, which along with other commodities have also battered Malaysia's growth prospects.