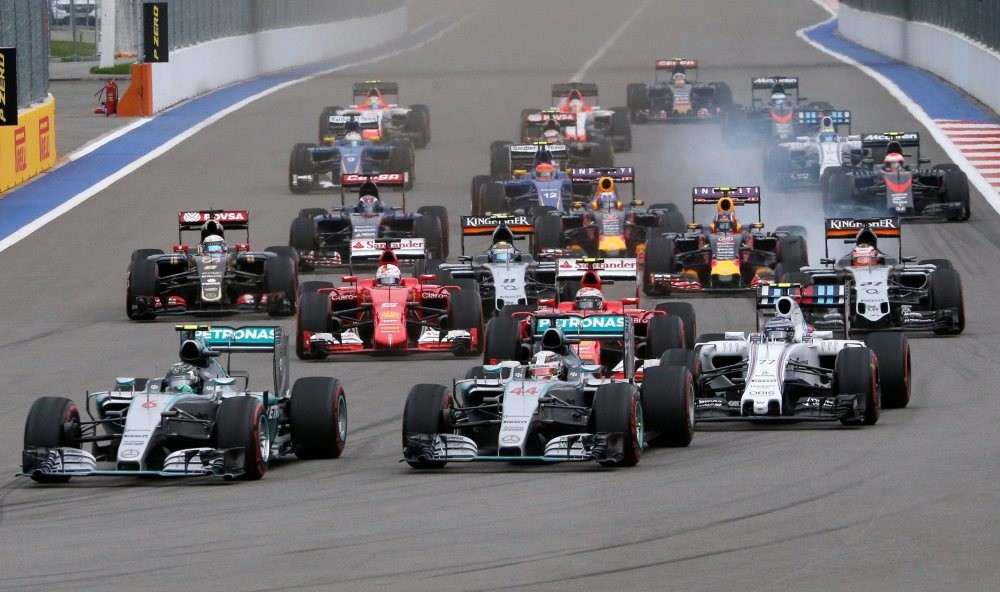 The wider 2017 specification tyres are expected to have around 25 percent more grip, more thermal stability and last longer than their quick-wearing predecessors that forced drivers to pit as the performance tailed off

"The (tyre) degradation (wear) levels will be reduced substantially compared to the past," he told Reuters at the Autosport International show on Thursday.

"And the gap between the (tyre) compound levels will be much reduced...so I think the strategy elements that we've seen in the last seasons will be greatly reduced -- fewer pitstops, following a trend that we've seen actually over the last two years.

"I'm quite sure we'll see a lot more one-stop races."

The wider 2017 specification tyres are expected to have around 25 percent more grip, more thermal stability and last longer than their quick-wearing predecessors that forced drivers to pit as the performance tailed off. The 22 drivers averaged two pitstops a race last year, with that number rising to three in China.

Hembery said some of the prototype 2017 tyres used early on in testing last year were so conservative they could have lasted three grands prix, unlike the softer 2016 compounds that often barely made it into double figures on the lap count.

The 2017 tyres have yet to be run on the latest cars, which will be unveiled next month and could be five seconds a lap quicker than the ones Pirelli gathered data with last year, and the first pre-season test in Barcelona is eagerly awaited.

Hembery warned that the jury was still out on whether reality would match the simulations and it might take some races for a clear picture to emerge, probably at round three in Bahrain. He added that if the new aerodynamics - with wider wings - reduced turbulence for cars behind, that would help improve the racing and allow more potential overtaking.The flip side was that more corners will be taken flat out, making it harder to get close enough to try a move.

The bigger tyres will also throw out more spray in wet conditions, worsening the existing visibility problems highlighted in Brazil last year - although that race will also go down in history for Red Bull teenager Max Verstappen's mastery of the conditions.

From an aesthetic perspective, however, the wider tyres are already winners and Pirelli are happy with the amount of tyre testing they can carry out after years of calling for more.

"Every photo we've released, if you read the comments people make, there's not one negative. Everybody loves it and they are saying it looks aggressive, it looks dramatic... it looks sportier, more aggressive as a product," said Hembery.