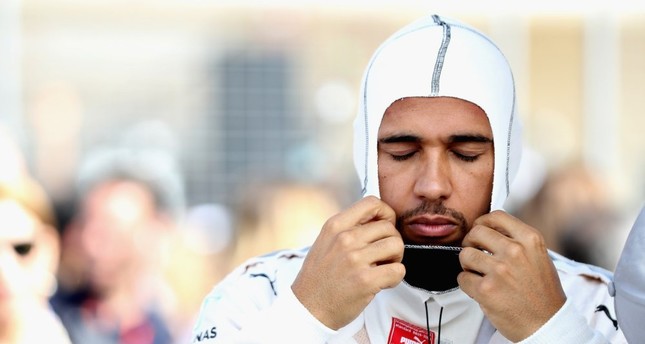 Three-time world champion Lewis Hamilton will start his 200th Grand Prix in Belgium this weekend, seeking to match German legend Michael Schumacher's record of 68 pole positions. With the summer break out of the way, the British driver will be chasing his fifth win of the season as he bids to claw back points on title-race leader, four-time champion Sebastian Vettel of Ferrari. Back in Europe after spending F1's now-traditional European summer break in the Caribbean, Hamilton, who gave up third for his Mercedes team-mate Valtteri Bottas in Hungary, lies 14 points behind Vettel. Hamilton won at Spa in 2015, but was beaten by team-mate and 2016 world champion Nico Rosberg last year and has had mixed results at the famous old sprawling and high-speed circuit.

In 2008, when he won his first title, he was relegated from first to third for cutting a chicane, and he has suffered in other incidents including a collision with Rosberg, that left him with a puncture, in 2014. Seeking his third Belgian win, Hamilton will be the pre-race favorite to win again, but knows that Ferrari have regained the momentum in the title race following their dominant one-two finish led by Vettel in Hungary. Mercedes team chief Toto Wolff has already warned his squad not to take anything for granted. "Assumptions are dangerous," he said. "We have seen too many times already this season that the form book can be rewritten from one weekend to the next.

"So we will be making no assumptions."

The race may also be affected - as often in the past - by the capricious micro-climate of the region, which can mean parts of the track are under water in rainfall while others remain dry. That could also be said of Ferrari's second driver Kimi Raikkonen, a four-time Spa winner, who has been confirmed on the team's roster next year.