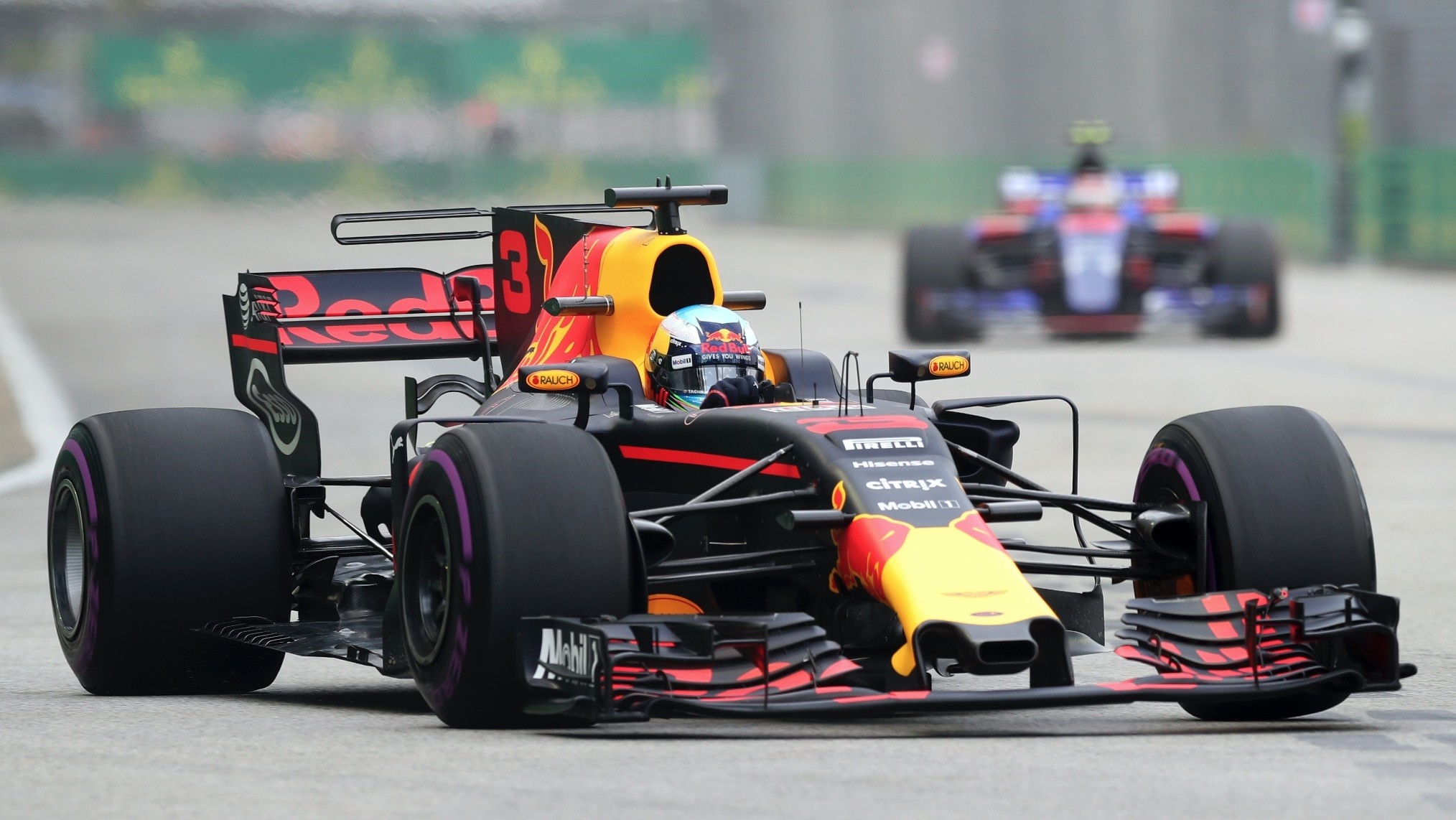 Red Bull driver Daniel Ricciardo crushed his own lap record as he posted the fastest time in the first practice session for the Singapore Grand Prix on Friday.
by Compiled from Wire Services Sep 16, 2017 12:00 am

Lewis Hamilton arrives in Singapore as Formula One leader and the season's first back-to-back winner, but Ferrari rival Sebastian Vettel could dash the Mercedes driver's hopes of a third win in a row

Mercedes say they face a difficult task stopping Ferrari's Sebastian Vettel retaking the championship lead in Singapore on Sunday. Mercedes driver Lewis Hamilton moved ahead of the German for the first time this season with victory in Italy. Hamilton led team mate Valtteri Bottas in a dominant one-two at the Italian Grand Prix two weeks ago to take his second successive win from a record 69th pole position. Vettel trailed home in third place, more than half a minute behind the Briton, and lost the overall lead he had enjoyed all season with Hamilton now three points clear and seven races remaining. Now Mercedes are braced for a Ferrari backlash at the Marina Bay street circuit.

"Singapore will be a different story but it's better to go there in the lead than behind," the team's non-executive chairman Niki Lauda told Reuters after the Monza race. Hamilton also expects a closer battle.

"I think the learning from these two weeks should hopefully put us in a better position for Singapore," he told reporters. "But I think still Ferrari are going to be quick there. They're rapid through the medium and low speed sections of the circuits."

The tight twists of the Singapore track, which has the most corners of any circuit on the calendar, should play to Ferrari's strengths. The Italian team, now 62 points behind Mercedes in the team standings, have been dominant this year at similar venues like Monaco and Hungary, scoring one-two finishes at both. Hamilton and Mercedes also have a chequered history in Singapore, even if now retired 2016 champion team mate Nico Rosberg won there last year. The Briton is one of only four drivers to have won the race since it joined the calendar in 2008 but Hamilton has only two wins there to Vettel's four, according to Reuters. The German, the most successful driver around the city-state's floodlit streets, scored the last of those for Ferrari in 2015, when Mercedes failed to finish on the podium.

"In 2015, Singapore provided us with one of the most painful experiences in recent seasons, so we rolled up the sleeves, learned from it and managed to bounce back with a great win last year," said Mercedes team boss Toto Wolff.

"But notwithstanding that success, this is a circuit we have found difficult to master..."

Red Bull, who took Vettel to three of his wins, boast the best record of all teams in Singapore and see this year's race as a real opportunity.

"I believe Singapore won't be our only chance but is one of our best chances of a win in the second half of the season," said Australian Daniel Ricciardo.

"I've started second and finished second at this track in the last two years, with fastest lap both times, so my aim this year is definitely to start on pole and try to go one better in the race."

All eyes will also be on McLaren, with a split from engine partner Honda and new relationship with Renault set to be announced imminently.

Meanwhile, Red Bull driver Daniel Ricciardo crushed his own lap record as he posted the fastest time in the first practice session for the Singapore Grand Prix on Friday. The Australian's leading time of 1 minute, 42.489 seconds was nearly five seconds better than the mark he set last year, although modifications and wider tires mean cars are faster now, according to AP.

Separately, the Singapore Grand Prix is set to stay on the Formula One calendar until 2021, the sport and race organisers confirmed on Friday, after agreeing a four-year contract extension.

Sunday's race in the city-state would otherwise have been the last. The race, which will remain 60 percent funded by the government, costs some S$150 million ($111.58 million) to put on every year but Industry Ministtry said that would be going down to S$135 million a year.

Formula One Chief Executive Chase Carey described the race as a "signature" event.

Neighbouring Malaysia also hosts a Grand Prix but next month's race at Sepang is set to be the last.