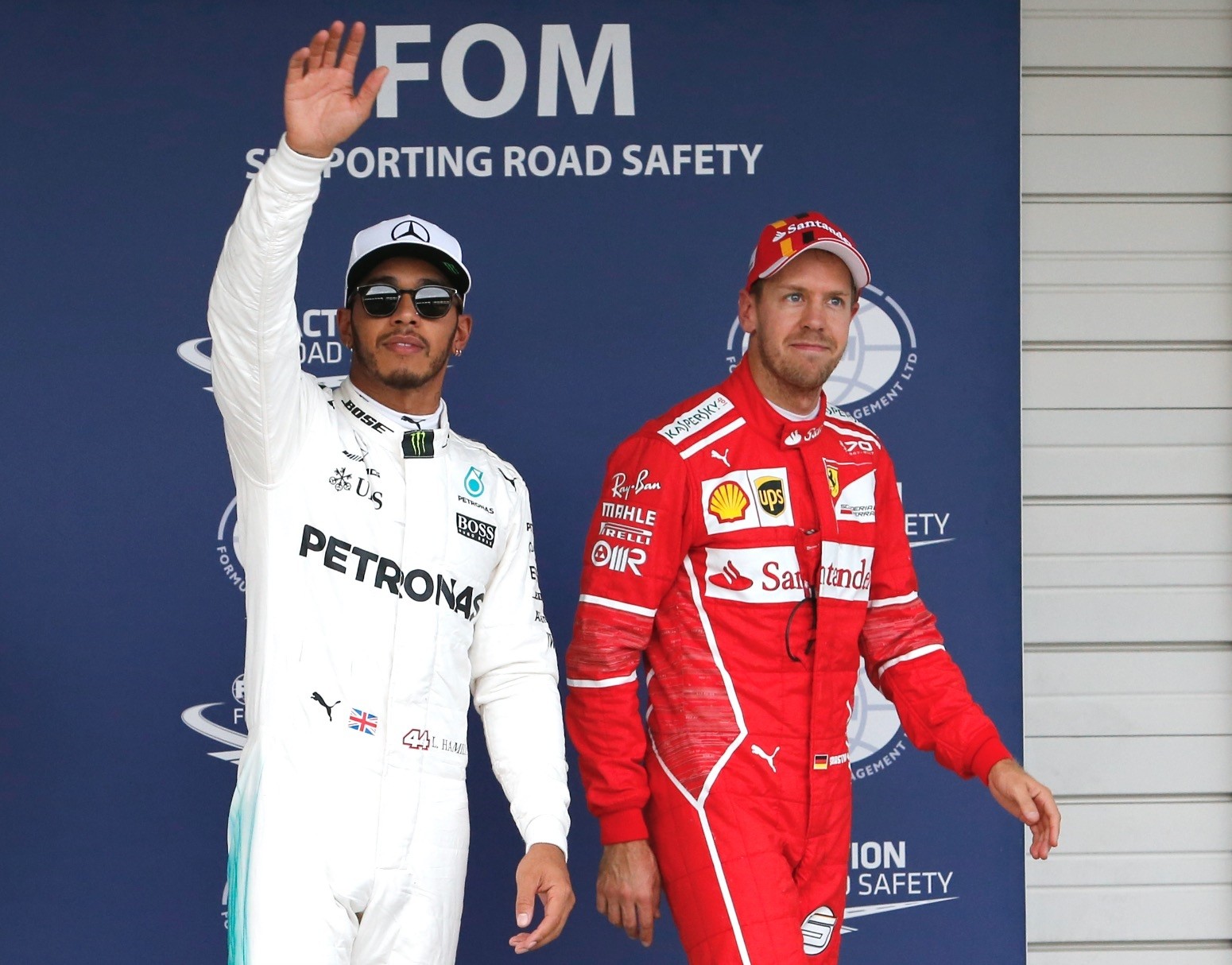 Lewis Hamilton is closing in on the F1 world championship, but rival Sebastian Vettel is not about to give up without a fight

Ferrari's Sebastian Vettel enters Sunday's United States Grand Prix knowing he must end a poor run of results if he is to have any chance of denying Lewis Hamilton the Formula One world championship. "What has happened to us can happen to others at any time," Vettel said. "It all balances out."

Just three races ago, Vettel looked set to reclaim the lead in the title standings but a crash in Singapore, engine trouble in Malaysia and a spark plug failure in Japan have left him on the brink.

"If the pace is right than we can still do everything," Vettel insisted ahead of the trip to the 5.513-kilometer Circuit of the Americas in Austin, Texas. Hamilton holds a 59-point lead over Vettel and is on the verge of a fourth career championship and third with Mercedes. He will be crowned if he wins and Vettel finishes outside the top five or if he is second, teammate Valtteri Bottas does not win and Vettel finishes outside the top eight. Any other combination of results would keep the championship alive into the last three season races. Mercedes are also closing in on a fourth consecutive constructors' title, which will be won if they are not outscored by Ferrari by 17 points.

"There are still 100 points available, that's a lot," Hamilton cautioned. "In life everything can happen."

Hamilton, however, has a sterling record in Austin with four victories from five races held at the venue, only Vettel has broken his streak since the U.S. Grand Prix returned in 2012. Ferrari have been able to finally challenge the Mercedes dominance of the hybrid era from 2014 but what looked like being a thrilling championship is in danger of ending weakly. Since the summer break, Hamilton has won four of the five races - the other went to Max Verstappen of Red Bull - and outscored Vettel by a thumping 73 points. The Mercedes car has been described as a diva by the team this term but, if everything works, it is hard to see anything other than Hamilton getting the required points, in Texas or later on."I never wish anyone ill but that's sometimes how it goes in motorsport," Vettel said of looking on at Mercedes' reliability.

Hamilton clinched his 2015 title in Austin and pointed out, "I just have to keep going in bringing this level. Then there is no reason for me to change something."

That means Hamilton is unlikely to ease off too much but, as was seen in Malaysia when he didn't defend his lead from eventual winner Verstappen, he is too experienced to do anything rash.

"Lewis has driven brilliantly this year and since the summer break in particular, he has been on another level," team chief Toto Wolff said. "It has been impressive to watch him extracting everything from the car and working with the team to solve problems and improve even further."Apart from the big two, Red Bull will be hopeful of making an impact from outside the title fight and Carlos Sainz will debut for Renault having moved from Toro Rosso. Red Bull's feeder team will field New Zealander Brendon Hartley as Pierre Gasly concludes the Super Formula championship in Japan. With their line up for 2018 uncertain, Russian Daniil Kvyat in their other car is in desperate need of a strong performance to boost his hopes of a race seat next season.