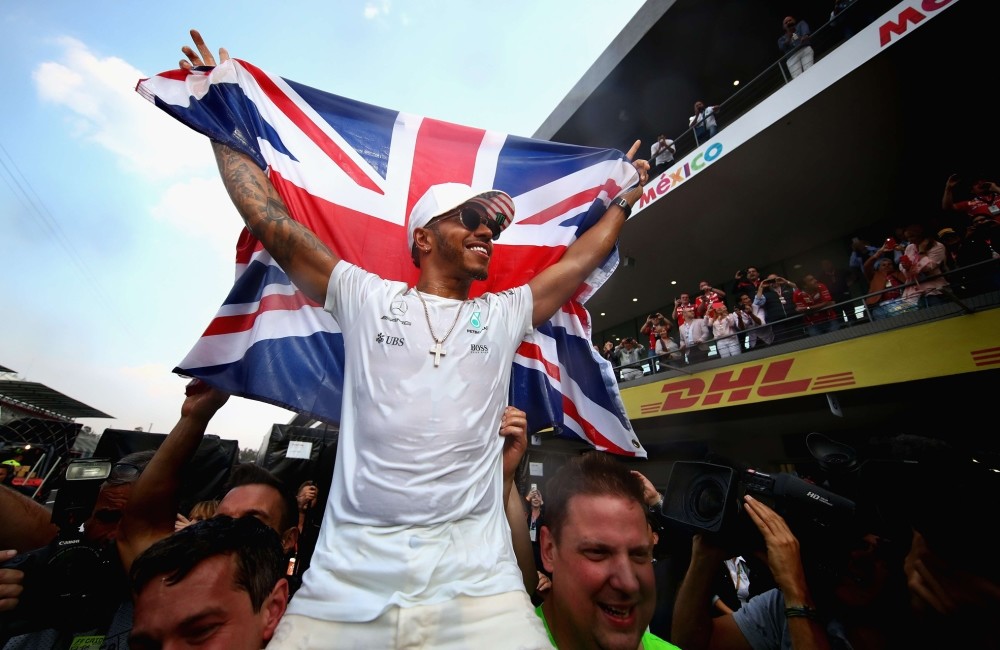 Lewis Hamilton is driving his name toward the top levels of Formula One's record books. The final word on his standing among F1's greatest drivers is still to come, but with four championships, he's made a strong argument he belongs among the very best.

Hamilton won his fourth career championship Sunday with his ninth-place finish at the Mexican Grand Prix.

A tough race didn't produce the podium celebration he wanted, but clinching the title with his lowest finish of the season and two races to go defined a year in which he fought off an early challenge from Ferrari's Sebastian Vettel.

This championship, along with his first in 2008, should quiet some of those who argue Hamilton is F1's master of good fortune, a driver who won titles on the strength of a car no one outside the Mercedes garage could match.