F1 drivers do not like the halo, but have gotten used to it 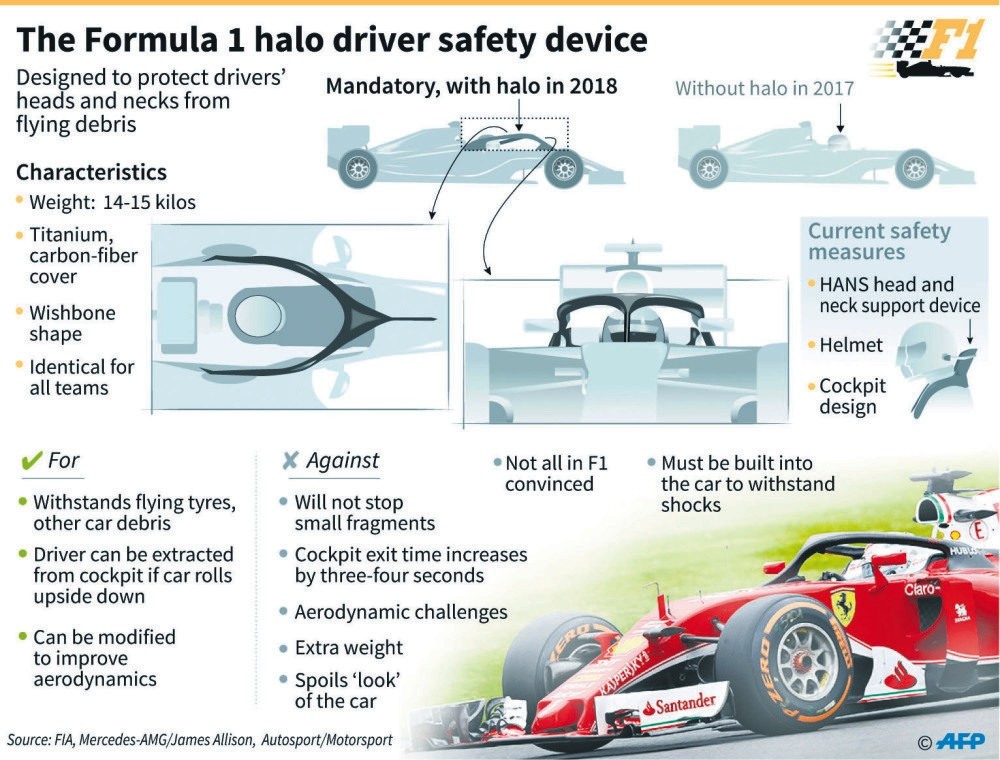 Formula One drivers haven't hidden their disdain for the "halo," the new protective cockpit device that is mandatory this season. They quickly got used to it, though, and the season will start in Australia in three weeks with few complaints about the odd-looking shield implemented to improve safety. Most say that, as ugly as the halo may look, it won't cause a major impact on racing.

"I'm not going to lie, I don't like it," Toro Rosso driver Pierre Gasly said. "But that's what we have. And honestly, when you drive, you don't really see it. You are paying attention to other things, so it doesn't disturb you at all." Some drivers tested the halo last year, but this week's preseason testing - which ended Thursday - gave them a first real look at what to expect from driving with the new device.

"When you are sitting there you only see the center pillar and a small part of the wider one, but you are not looking there anyway. It's a small thing in the middle and that's it, I'm completely used to it and it's fine," Mercedes driver Valtteri Bottas said. "It took a little bit of time to get used to it but its OK. It's not been disturbing anything." 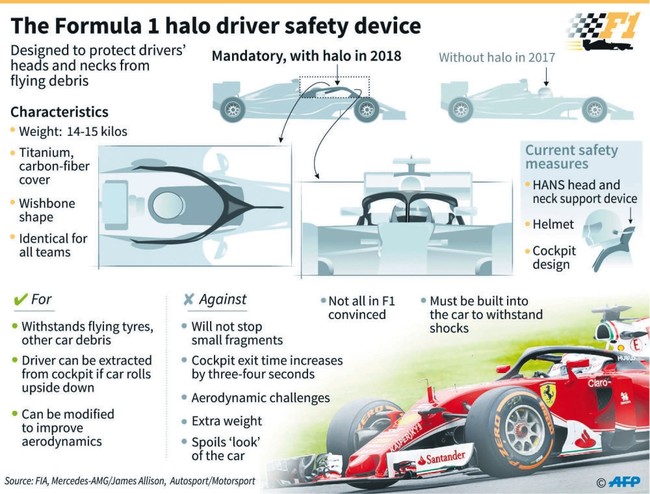 The halo brings the biggest change to F1 this season, significantly altering the cars' design with a ring going on top of the cockpit to protect the drivers' heads. Purists loudly complained when the introduction of the halo was announced, saying it altered the essence of the open-wheel series.

"I'm not impressed with the whole thing," Mercedes team chief Toto Wolff said last week. "If you give me a chainsaw I would take it off. I think we need to look after the drivers' safety but what we have implemented is aesthetically not appealing. We need to come up with a solution that simply looks better."

Motor sports governing body FIA said the halo was the best-available option to limit the risk of head injuries like the ones that killed French driver Jules Bianchi and British IndyCar driver Justin Wilson a few years ago. It is supposed to reduce potentially fatal impact of objects like a loose wheel, and to protect drivers from head collisions with outside elements during rollovers. There were concerns the halo would reduce the drivers' visibility on the track, keeping them from seeing safety signs and flags, but after the four days of testing at the Circuit de Catalunya-Barcelona this week, most said it wouldn't be a major issue. Teams also complained because the device significantly affected the cars' balance and aerodynamics. Two-time world champion Fernando Alonso said all the series can do now is accept the halo and move on.