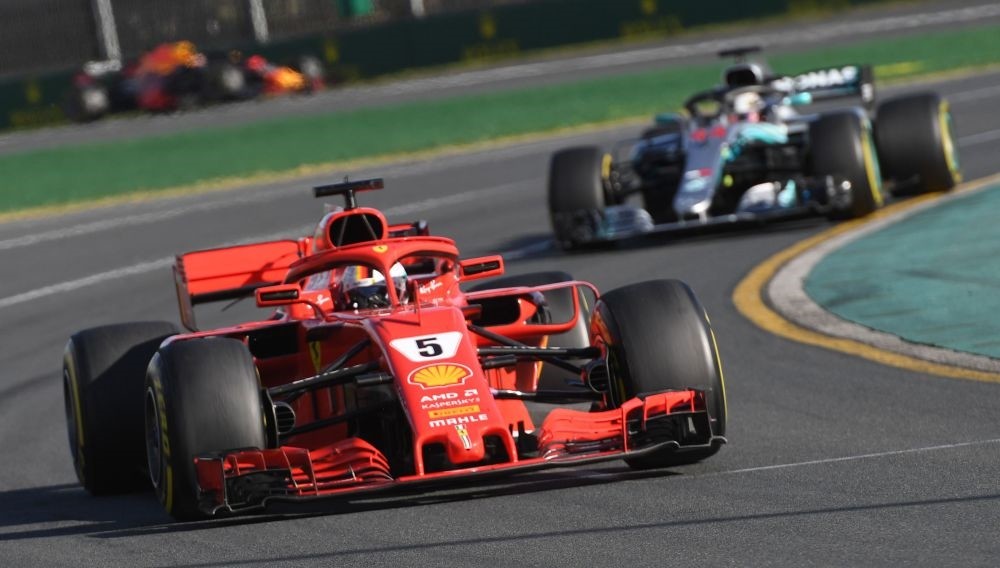 Ferrari is delighted with a strong start in the 2018 season as Sebastian Vettel won in Australia, but they also know that they were helped by a virtual safety car phase and a software problem that Mercedes had

Sebastian Vettel has no illusions that Ferrari needs further improvement in order to seriously challenge Mercedes' Lewis Hamilton for the Formula One world title - even though he has won the season-opener.Vettel profited from a virtual safety car phase and a wrong projection by the Mercedes software as he passed the title holder Hamilton after his pit stop and held on to win. The German celebrated his 100th podium in his 200th career race at Albert Park in Melbourne, and was not complaining that lady luck was on his side for his 48th grand prix victory Sunday.

"Today has been our day. The safety car helped of course, but apart from that, I think we did everything we could do as a team. So when something happened, we were ready to react," Vettel said.

Vettel acknowledged that Hamilton had better pace, but having to control the engine and tires did not allow the British pole sitter to simply drive away from the Ferraris of Kimi Raikkonen and Vettel early in the race, like he had done in qualifying. Hamilton was later cautiously optimistic that he could have driven faster if he and the team had known that the lead wasn't big enough to remain ahead of Vettel after the round of pit stops but that will never be known.

"If I had known that Sebastian was in my window I may have been able to make a difference, yes. Whether it would be enough, I'm not quite sure," the champion said.

But Sunday's result was not the end of the world for Hamilton and Mercedes, just as Ferrari limited their joy as they know that more work is needed to be competitive again in a fortnight in Bahrain and in the other 19 races. The Scuderia wants to end its title drought with the last drivers' crown dating back to Raikkonen's top spot in 2007. Vettel led for half of the season last year but Hamilton eventually prevailed in impressive fashion. Now the two are the main favorites again, and each man in search of a fifth world title.

"There could have been no better start for Ferrari in this championship. Listening to Italy's national anthem echo around Melbourne was an emotional moment for us all, and for every fan of the Scuderia," Ferrari chairman Sergio Marchionne said. "Of course there's still a long way to go in the series, with 20 more Grands Prix. So it would be wrong to celebrate too much. We know that we still have a lot of work ahead of us, but the first step has been taken in the right direction."

Vettel also acknowledged he was not yet feeling fully comfortably in his car.

"I need a little bit more of confidence with the car, which is not where we want it to be yet. There is a lot of work to do, but it is great to have both cars on the podium today," he said. "We have some homework to do. I still need to drive around the issues more than I want to. I know exactly what I want, and we need to work on it. I believe the car has the potential we need."