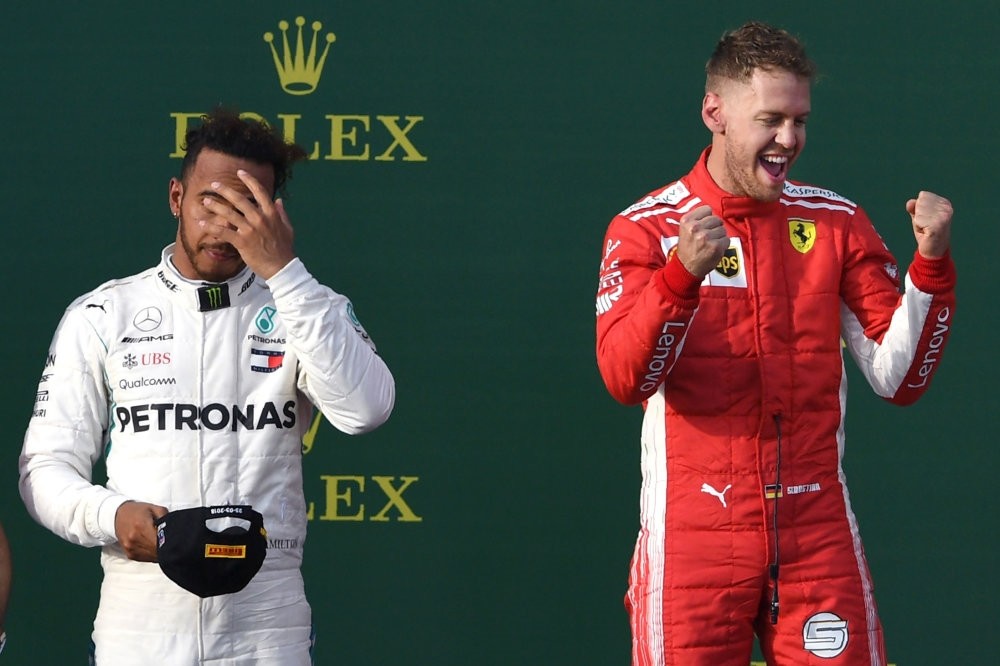 Lewis Hamilton and Sebastian Vettel resume their F1 title duel in Bahrain, with the German leader hoping for more pace in his Ferrari and his British Mercedes rival for a smooth race without any trouble from outside

Coming off a season-opening mishap in Australia, world champions Mercedes and Lewis Hamilton hope for more success on Sunday when the Formula One season continues in Bahrain.

Mercedes was caught out in the cold on March 25 in Melbourne when Ferrari rival Sebastian Vettel won ahead of Hamilton thanks to a pitstop miscalculation. It has since been revealed that an offline tool with a bug caused Mercedes to believe that Hamilton was safe in the lead when Vettel pitted under the virtual safety car.

"We made sure that we understand what went wrong and put a process in place to make sure that we don't see a similar issue in the future. These painful moments are the real learning experiences," Mercedes motorsport chief Toto Wolff said.

"It reminded us that this is the toughest racing series in the world, where every error is punished. It hurt to leave all those points on the table, especially because we know we had the pace to win in Australia."

Hamilton was disappointed that the incident cost him a very possible victory but Vettel was also not fully satisfied with his car which lacked Mercedes' pace.

"I need a little bit more confidence with the car, which is not where we want it to be yet," Vettel said.

"We have some homework to do. I still need to drive around the issues more than I want to. I know exactly what I want, and we need to work on it. I believe the car has the potential we need."

Hamilton said the incident showed "it won't be easy" to win another title but he doesn't expect the true strength of the cars to be revealed until later in the season. But first comes Bahrain where Wolff said getting the right set-up is extremely difficult because two out of three practice sessions are in the heat during the day while qualifying and the race is in cooler conditions after sunset. Hamilton has two wins on the 5.412-kilometer circuit while Vettel has topped the podium on three occasions, including last year. Back-to-back wins would boost Ferrari in their bid for a first place title since 2007, but with 19 races to follow, they won't get carried away, after Vettel led early last season but Hamilton eventually took the title. Ferrari had both cars on the podium with Kimi Raikkonen in third, while Mercedes' second driver Valtteri Bottas had to settle for eighth in Australia, following a qualifying crash and grid penalty.

Looking back at Melbourne, Hamilton named the importance of having both cars at the top in the title fight.

"The Ferrari's were always going to play one off the other, there's two of them. They've got two aces or whatever, two jacks or jokers. You pit one guy, which forces you to protect yourself on the undercut, but the other guy's in the clear," he said.

The Haas team is meanwhile out for redemption after botching pitstops of Kevin Magnussen and Romain grosjean within a few minutes as they were running fourth and fifth respectively in Melbourne.

"It would be great to have a good result in Bahrain after such big disappointment in Australia," Magnussen said.