Ricciardo could miss out on Hamilton's big F1 stage in Canada 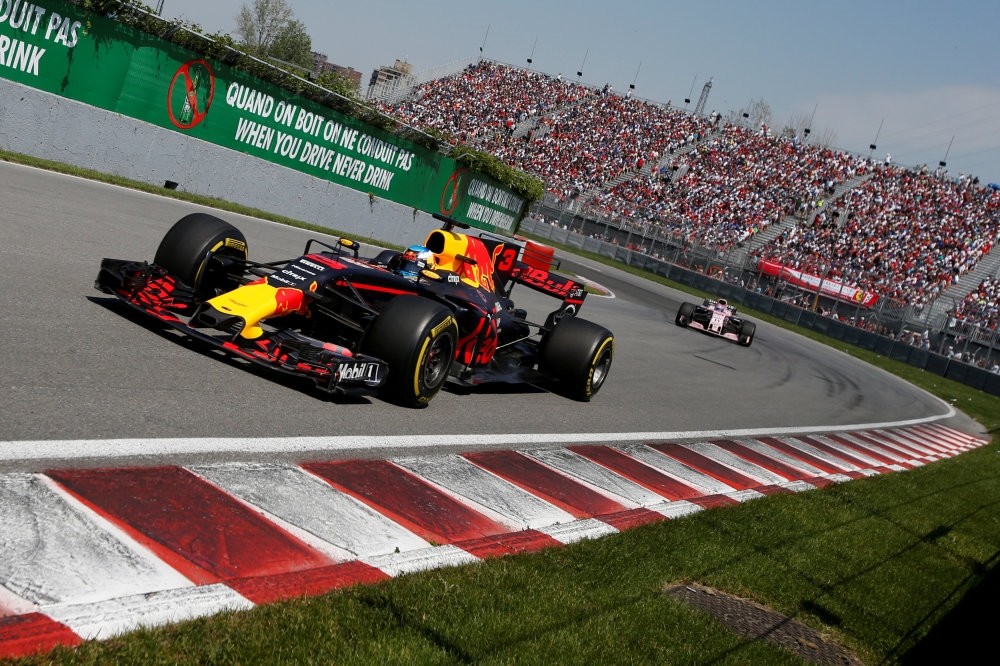 Lewis Hamilton, Sebastian Vettel and Daniel Ricciardo all have three season wins heading into the Canadian Grand Prix which Hamilton has won six times. Ricciardo is coming off a prestigious win in Monaco but faces a grid penalty which could end his chances

Lewis Hamilton and Daniel Ricciardo both have fond memories of the Canadian Formula One Grand Prix as they claimed their first career win on the Montreal course. However, this time around on Sunday the Mercedes driver on Hamilton is fancied because Red Bull's Ricciardo faces a grid penalty of at least 10 places after various engine parts had to be changed.

That is a letdown for Ricciardo who had defied engine problems to win the Monaco Grand Prix a fortnight ago, ahead of Ferrari's Sebastian Vettel and Hamilton and had hoped to carry the momentum to Montreal where he recorded his first top spot in 2014.

"Hopefully we can have another strong weekend and start chasing down the championship leaders," Ricciardo had initially said before the news of the possible penalty broke.

Hamilton, Vettel and Ricciardo are all on two season wins after six races, with the Briton leading the way with 110 points to Vettel's 96 and Ricciardo's 72.

"We've all got two victories between us this year, I wouldn't have thought that coming into February so that's pretty cool and we'll try and keep it going for now," Ricciardo said.

But he also said that Red Bull has not yet quite reached the two top sides.

"We've got to probably prove on at least one other circuit before the summer break that we can win again. And then maybe we're a nice little outside chance," Ricciardo said.

However, even without a grid penalty, Ricciardo would have faced a major battle against the two rivals, and especially Hamilton who has enjoyed vast success on the 4.361-kilometers Circuit Gilles-Villeneuve.

Hamilton won his first race there in 2007 and has added five further top spots since then, including the last three years.

The Briton has played down his and Mercedes' strengths, rather speaking of a "three-way fight" for the title and naming Ferrari "still the strongest."

"We hope that Canada will suit our car a little bit better; but it will be another close fight, especially with the Ferrari," he said after the Monaco race.

That's what Vettel will be hoping for as the German has not topped the podium in now four races after winning the first two for an early championship lead. "We have a good car but we can make it better," Vettel said. "In the first six races it's been really close, which is good for us, because going into Sunday, you never know and you're in the mix and in the fight, so looking forward."