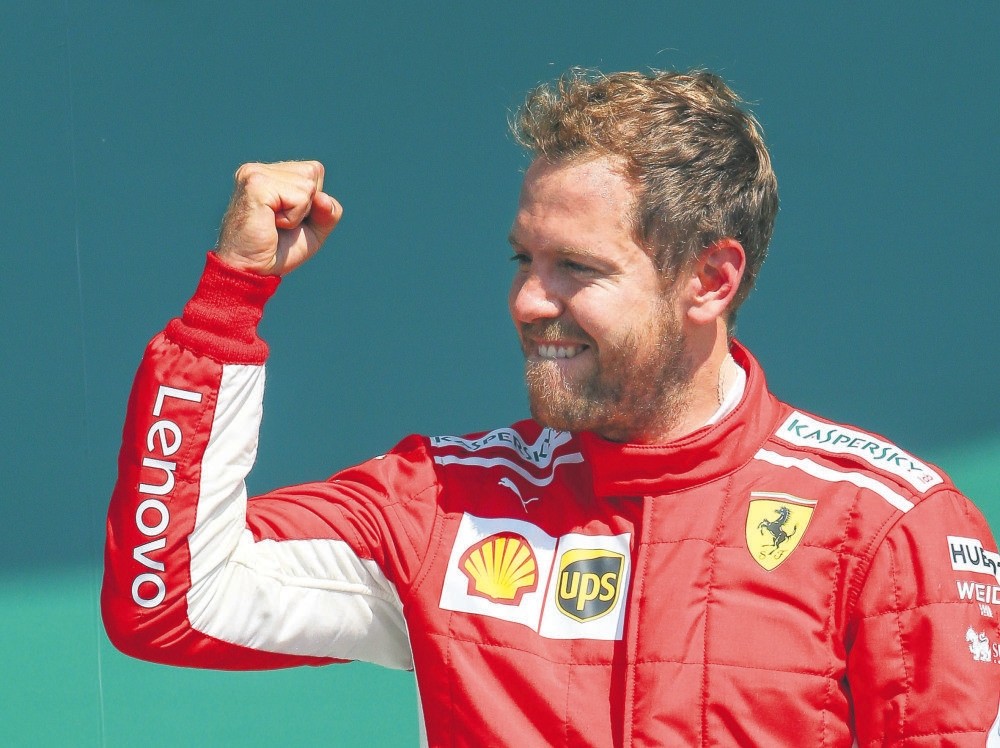 Ferrari's emblem may be a prancing horse, but Sebastian Vettel's performance in winning the British Grand Prix on Sunday left the team roaring. "Fighting like a lion," was how team principal Maurizio Arrivabene described the German's performance as he overcame neck pain to open up an eight-point lead over Lewis Hamilton in the Formula One world championship. That advantage could have been even greater had Hamilton not fought back to second following an early collision with Vettel's teammate Kimi Raikkonen. But nonetheless there is a feeling that the balance of power - on the track and in the title race - may have swung towards Ferrari.

"Every race is a team race, but today it was even more important for us to win here, because the last few years had been very difficult to us," said Vettel. "This year we have proved to be strong every time on every track so far."

While Hamilton produced a breath-taking lap in Saturday qualifying to put his Mercedes on pole position, Ferrari largely matched their pace around the demanding Silverstone track. Mercedes has been undefeated in Britain since 2013, but Vettel took victory on a circuit Hamilton recently dominated. He also won the Canadian Grand Prix on the Circuit Gilles Villeneuve, which, like Silverstone, has recently played to the power-strength of Mercedes. Ferrari now seem to have their engine on the same level as Mercedes, seem to have an easier job optimizing tire performance and will still consider themselves favorites in the slower circuits to come, such as Hungary and Singapore. Ferrari currently lead the constructors' standings by 20 points, proving their greater consistency as a team over 10 of the 21 season races so far.