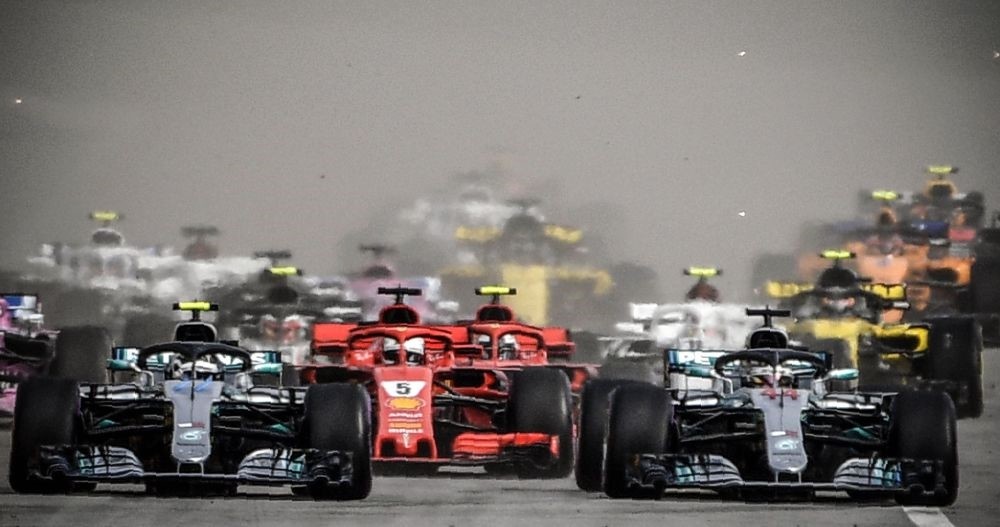 Lewis Hamilton can take a major step toward a fifth Formula One title at this weekend's Japanese Grand Prix at Suzuka, a race the Mercedes driver has dominated in recent years. After winning last week's Russian Grand Prix, Hamilton leads Ferrari's Sebastian Vettel by 50 points with five races left. Even victory at Suzuka may be a case of "too little, too late" for the Ferrari driver, with Lewis Hamilton sitting 50 points clear and just five races remaining. The simple mathematics means the Briton, who has won five of the last six races for Mercedes, including Russia last weekend, does not even need to register another victory this season to claim a fifth world title of his own.

"Maybe the next couple of tracks are better suited for us, we will know when we get there," said Vettel, who has five wins to Hamilton's eight this year and finished third in Sochi and at the previous grand prix in Singapore.

"We need to keep pushing and try. Who knows what will happen in the next races.

"It takes one DNF [did not finish] and then all of a sudden things look different," he told reporters after Sochi. "Ideally two – which I'm not wishing on Lewis but you never know what happens."

Ferrari team boss Maurizio Arrivabene likened the sweeping, high-speed Suzuka circuit to Silverstone, the British Grand Prix venue where then-championship leader Vettel won in July. "If it goes well, we will know that, despite the difficult situation in terms of the classification, we still have the right tools with which to fight all the way to the very end," the Italian said.

Even then, there remains a sense that Ferrari is simply clutching at straws. Hamilton won in Japan last year, while Vettel failed to finish, with Red Bull's Max Verstappen and Daniel Ricciardo claiming second and third.

This time, Vettel will be hoping the Red Bulls can get back into the mix to his advantage. The former champions showed impressive speed in Russia, despite engine penalties dropping the cars to the back of the grid, with Verstappen climbing up from 19th to the race lead until a late pit stop saw him finish a creditable fifth. Although Suzuka is expected to again suit the Red Bulls, Mercedes have won the last four races in Japan, three courtesy of Hamilton, and will be favorites to extend that run. It is a position the German team has enjoyed for most of the season yet once again it is taking nothing for granted.

"Suzuka will be another challenging weekend for us," declared Mercedes F1 boss Toto Wolff, whose team are 53 points clear of Ferrari in the constructors' standings. "It's a track that shows some similarities to Silverstone, where we didn't perform as strongly this year as we had done in previous seasons.

"So we're going to Japan knowing that we all have to be at our very best if we want to claim the win."

Sunday's race could also mark a happier homecoming for Honda, after the difficult McLaren years, as engine partners to Toro Rosso.

The Japanese manufacturer also absorbed engine penalties in Russia to position themselves better with an upgraded power unit for their home race.