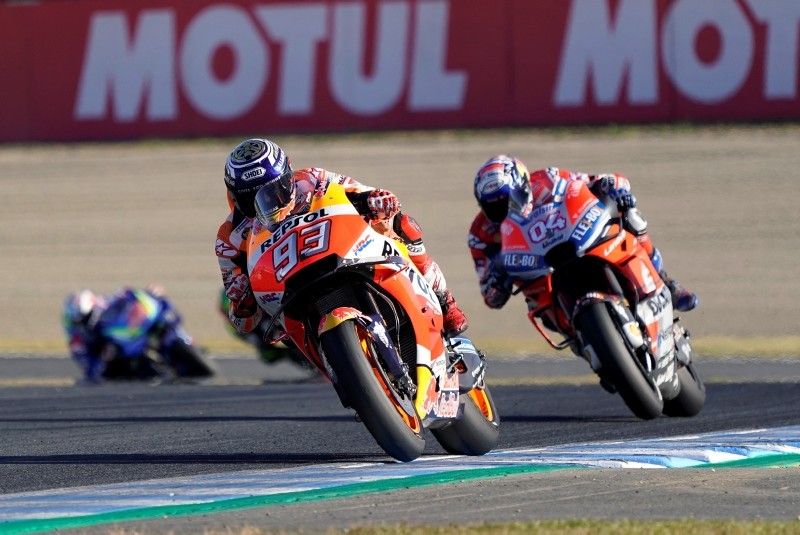 Honda rider Marc Marquez won the Japanese MotoGP on Sunday to secure the championship with three races left in the season.

Marquez took the lead with four laps to go and crossed the finish line in a time of 42 minutes, 36.438 seconds, 1.573 seconds ahead of Honda rider Cal Crutchlow. Alex Rins was third on a Suzuki, 1,720 seconds off the pace.

Marquez won for the eighth time this season to capture his fifth MotoGP world championship.

Pole sitter Andrea Dovizioso led for most of Sunday's race and could have denied Marquez the title with a win but crashed out of second place with two laps to go and ended up with no points.

Yamaha rider Valentino Rossi was fourth while Alvaro Bautista rounded out the top five on a Ducati.