Raikkonen back on top after more than five years 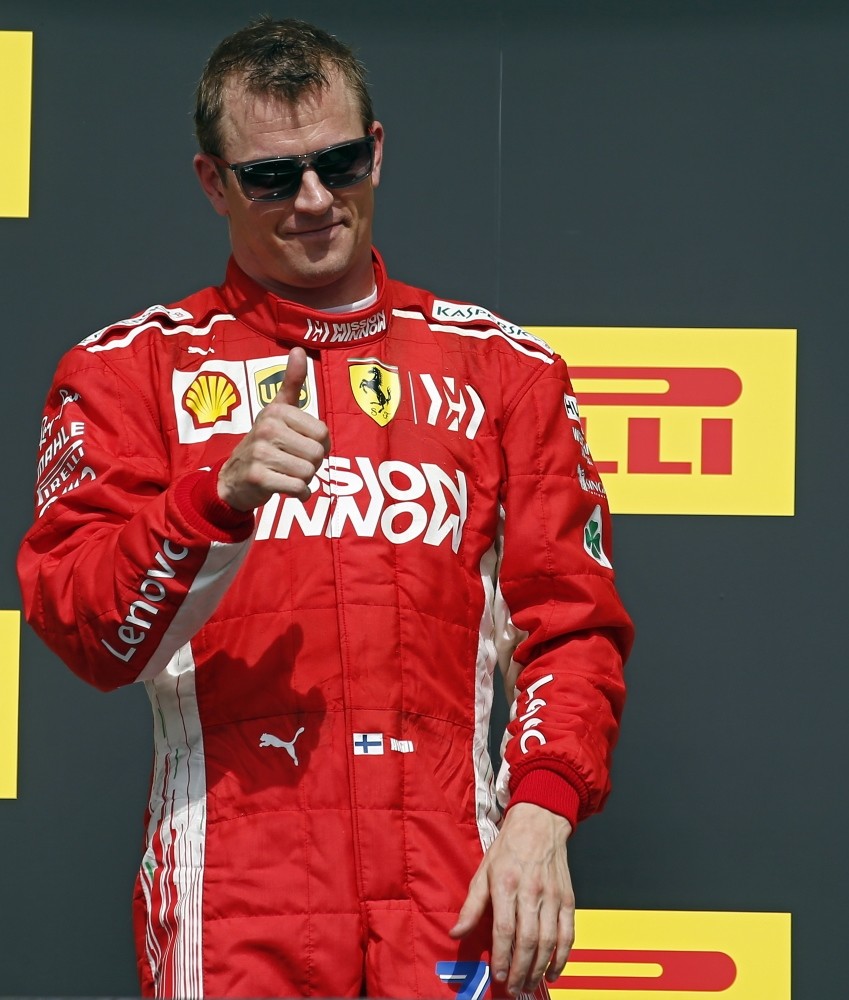 The last time Kimi Raikkonen stood on top of a Formula One podium, Lewis Hamilton had just joined Mercedes with one championship to his name and Sebastian Vettel was riding high with Red Bull. The 39-year-old Finn's victory for Ferrari in Sunday's U.S. Grand Prix ended a winless run of 113 races dating back to victory with Lotus in Australia in March 2013. In the 2,044 days since then, Lotus have disappeared, taken over by Renault, and Hamilton is on the brink of celebrating his fifth championship. While Italian Riccardo Patrese waited six years and seven months and 99 races between his 1983 South African Grand Prix victory and 1990 San Marino win, Raikkonen has set a record for most races between wins. It may well prove to be his last, but such thoughts were for another time.

"I'm proving (to) people certain things. I might be getting older but it's not too bad still," said the 2007 world champion, who is leaving Ferrari at the end of the season to join Sauber, the team he started out with in 2001.

"It was a great day to prove some people wrong and having a good race but it doesn't really change anything for me. It's just a number. Life goes on." Raikkonen is now Formula One's oldest race winner since Britain's Nigel Mansell triumphed at the age of 41 in Australia in 1994. Sunday was his 21st, and 10th for Ferrari. He did not have a family last time round either and he looked forward to going home with something new to show his children. "They probably fall asleep during the race but the wife probably looked at it," he said.

"I'm more than happy for all of us. It's nice to win again -- but like I said, it doesn't change my life or they don't look at me differently."

Raikkonen was helped by Vettel, now his Ferrari team mate and title contender, being handed a three-place grid penalty for failing to slow sufficiently in practice, a sanction that dropped him to fifth and lifted the Finn to the front row. He made the most of the start, leading Hamilton into the first corner and stayed in front thanks to having a better tyre strategy than his Mercedes rival and Vettel being too far behind to have to swap places.

"He did a great job today. No mistakes, he had a great start and managed it all the way," said Hamilton at the post-race news conference.