Hamilton heading for another Mexican coronation 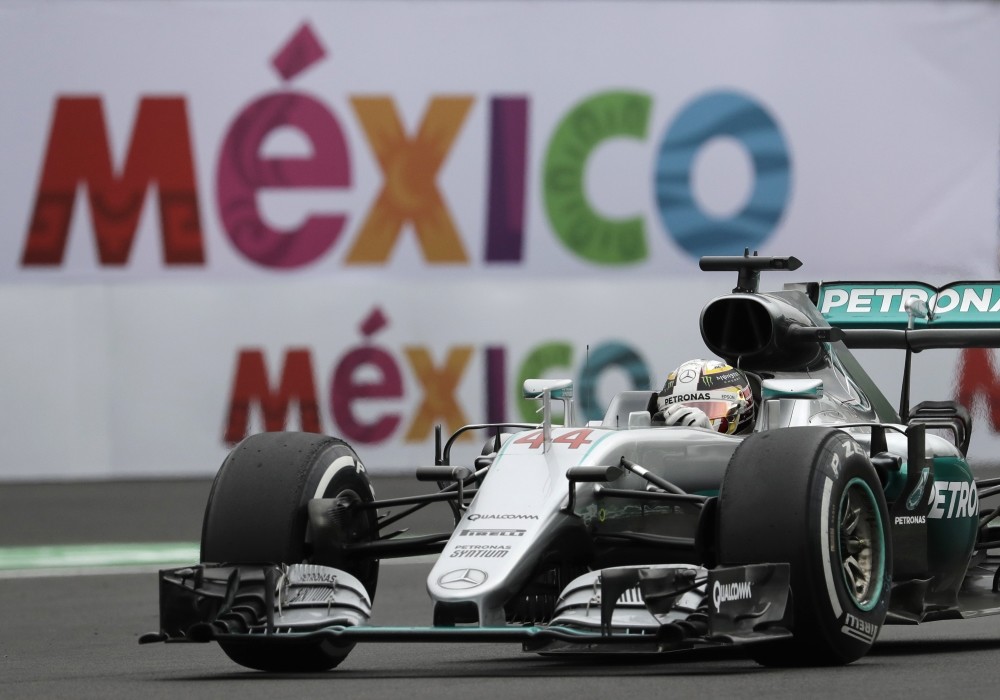 Mercedes driver Lewis Hamilton steers his car during the first practice session for the Formula One Mexico Grand Prix auto race at the Hermanos Rodriguez racetrack in Mexico City.
by Oct 26, 2018 12:00 am

The Mercedes driver has a seemingly iron grip on the Formula One world championship and after missing his first title chance in Texas, can secure the crown at Sunday's Mexican Grand Prix

Lewis Hamilton won his fourth Formula One world championship in Mexico last year and it will come as a shock if he does not also wrap up his fifth at the capital's Hermanos Rodriguez circuit this weekend. The Mercedes driver will want to do it with rather more determination and style this time, however, even if he is still publicly taking nothing for granted and warning against complacency. Last time, the Briton - now 70 points clear of Ferrari's Sebastian Vettel with three rounds remaining - finished ninth and was lapped in a high-altitude race won by Red Bull's young Dutchman Max Verstappen.

If Verstappen were to repeat the feat, and that cannot be ruled out, Hamilton would be champion anyway. That is because Ferrari's Sebastian Vettel can only take the title by winning all of the remaining races and hoping his British rival fails to score the five points needed to put the championship to bed. Seventh on Sunday would do the trick for Hamilton but the 33-year-old, who admitted to thinking strategically in the previous race in Texas when trying to pass Verstappen for second, is going for the win.

"I know the guys will do great analysis from today in the next couple of days and we'll come strong in the next race," he told reporters after finishing third in Austin last Sunday with Vettel fourth.

"The sole goal was to win these four races, that's what my mind was set on," he said of his approach going into last weekend. Hamilton's Finnish team mate Valtteri Bottas may also feel he has more of a chance of standing on top of the podium, for the first time this year, since a win for him also hands Hamilton the title. The focus for both Mercedes drivers will remain on securing the constructors' crown for a fifth year in a row, however. Mercedes are 66 points ahead of Ferrari, who closed the gap in Texas, with a maximum 86 still to be won after Mexico.

"We have a battle on our hands and we will have to keep pushing to win both titles," commented Mercedes team boss Toto Wolff. The thinner air should mean Ferrari and Mercedes have less of an engine advantage, opening up a window of opportunity for Red Bull.

"That's what helped us last year and we're hopeful it will do the same again." said Red Bull team boss Christian Horner.

"Realistically it's our last shot at winning a race between now and the end of the year." Further back there are still some big battles going on for championship position that decides how the share of the revenues and prize money is divided. Fourth-placed Renault have a good but not safe margin to Haas while the Racing Point Force India team - with Mexico's sole driver Sergio Perez - are closing in on sixth-placed McLaren.