F1 returns to the Netherlands after 35-year absence, Dutch Grand Prix back in calendar in 2020 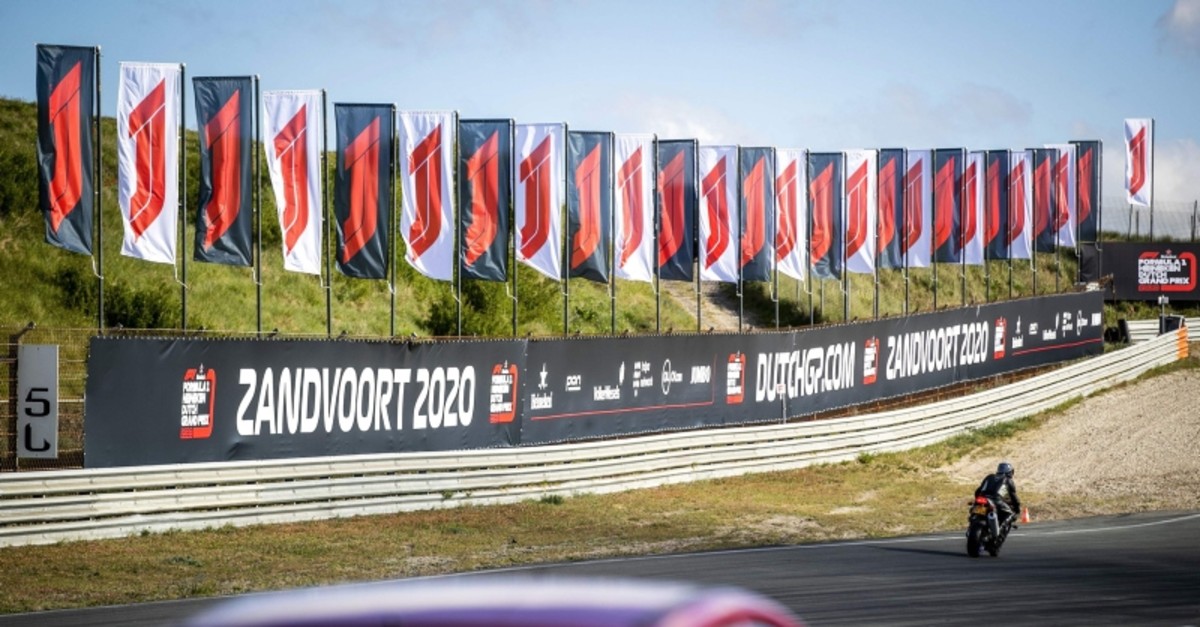 Billboards announce the arrival of the Formula 1 Dutch Grand Prix in Zandvoort on May 14, 2019 as a press conference will take place today at the circuit to provide more information. (Photo by Remko de Waal / ANP / AFP)
by Compiled from Wire Services May 14, 2019 1:37 pm

The Dutch Grand Prix will return to the Formula One calendar next year for the first time since 1985, Formula One organizers announced on Tuesday.

The Zandvoort track along North Sea dunes on the Dutch coast, which hosted 30 F1 races from 1952-85, will be rebuilt in the coming months to host the race.

It's not clear when the race would slot into the already packed calendar, which also has a new race in Vietnam confirmed for 2020.

"I am pleased to see that Zandvoort will be part of the proposed calendar... and thankful for the hard work of Formula 1 to bring the sport back to the Netherlands," Jean Todt, president of the sport's ruling body the FIA, said.

Red Bull driver Max Verstappen, who is Dutch, is in third place in the F1 standings after finishing third in Sunday's Spanish Grand Prix and has a large and devoted fan base in the Netherlands.

Todt said "with the popularity of Max Verstappen I'm sure there will be a huge number of fans in attendance."

Verstappen, born 12 years after Niki Lauda took the last checkered flag in a McLaren in 1985, hailed the prospect of lining up in his home race.

"It's just an iconic, historic track," Verstappen said in a team statement.

"I have raced there before with F3 and it was a lot of fun. I compare the track a little bit with Suzuka... It's a pretty quick track and it's always good and exciting to have new ones on the calendar."

"It's very cool, and with no run off, it's quite hard to find the limit. On some other tracks it's a bit easier but that also makes it more exciting."

He boasts a huge following as his country's most successful driver and Formula One's youngest ever race winner.

A deal to stage the race at the historic seaside resort circuit near Amsterdam has been signed for at least three years.

Formula One chief executive Chase Carey said the return of racing to the Netherlands was in line with their twin policy of "respecting the sport's historic roots in Europe" whilst also looking for new venues.

"Next season therefore, we will have a brand new street race that will be held in the Vietnamese capital of Hanoi, as well the return to Zandvoort, after an absence of 35 years," Casey said.

"In recent years, we've seen a resurgence of interest in Formula 1 in Holland, mainly due to the enthusiastic support for the talented Max Verstappen, as seen from the sea of orange at so many races."

Dutch beer giant Heineken will be the title sponsors and the hosting agreement is with a partnership of SportVibes, TIG Sports and Circuit Zandvoort.

Next year's race will be the 31st time the Dutch Grand Prix has been part of the Formula One World Championship, with Zandvoort making its first appearance on the calendar in a 1952 race won by Ferrari's Alberto Ascari. The late British world champion Jim Clark won there a record four times.

"I think a Dutch Grand Prix, with the popularity of Verstappen, is going to be immense. I think that's positive for Formula One," Red Bull boss Christian Horner told reporters at the weekend.

The race deal is the second negotiated by U.S.-based Liberty Media since taking over the sport in 2017 and ousting former commercial supremo Bernie Ecclestone.

The French Grand Prix at the southern Le Castellet circuit returned in 2018 after a 10-year absence but that deal was done by Ecclestone.

The future of other races in Spain, Germany, Britain and Mexico remains uncertain while Italy has an agreement in principle to stage races in Monza until 2024. Carey has said the 2020 calendar will have 21 races just as this season.