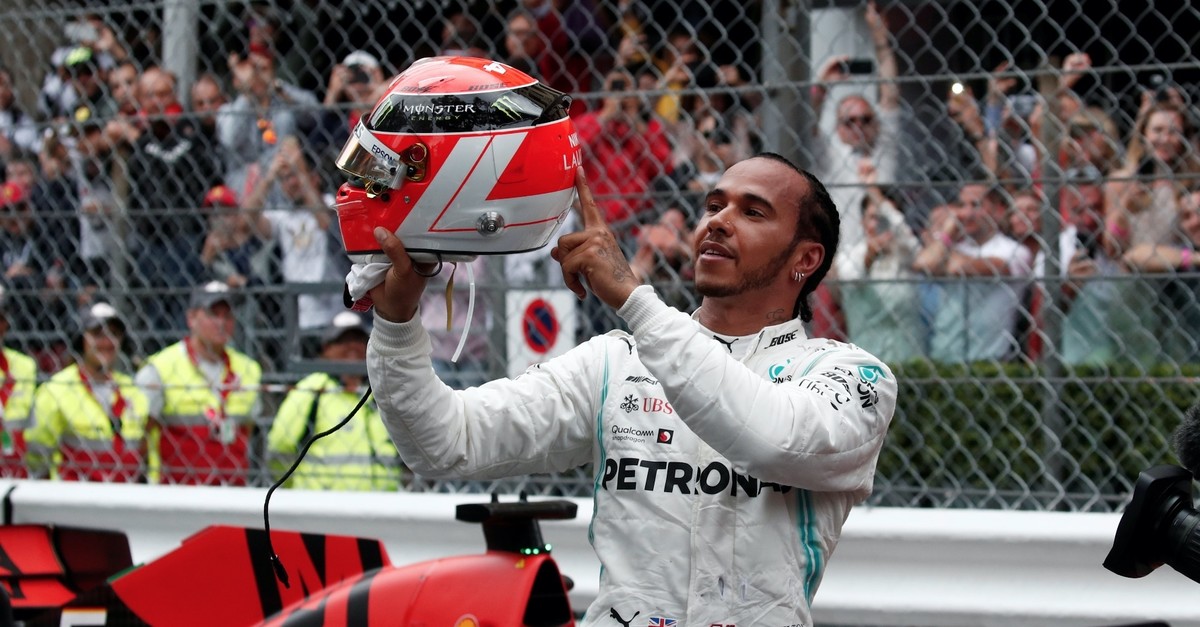 Lewis Hamilton leads from pole position to win a tense Monaco Grand Prix yesterday to give Mercedes a sixth win in the sixth race of the Formula One (F1) season.

World champion Hamilton nursed his deteriorating tires for much of the 78-lap city street race to take the checkered flag ahead of Red Bull's Max Verstappen. Verstappen had earlier been slapped with a five-second penalty, so finished fourth behind Ferrari's Sebastian Vettel and Valtteri Bottas in a Mercedes. It was a 77th career win for championship leader Hamilton, his fourth of the season and his third in Monaco after 2008 and 2016, the last time Mercedes won in the principality. It was the first race of the season which has not finished in a Mercedes one-two.

Drivers wore red caps in honor of three-time world champion Niki Lauda, who died on Wednesday, during a minute's silence before the race, and Hamilton raced with a red helmet bearing the name of Lauda, twice a winner in Monaco with Ferrari, on the back. "Lewis that was a victory for Niki, unbelievable job, congratulations," Toto Wolff, Mercedes team boss, said over the team radio. Ferrari's second place for Vettel was some consolation for Charles Leclerc retiring on his home track shortly after a collision involving Renault's Nico Hulkenberg while trying to make his way up the field from a 16th start place on the grid.

Leclerc had to pit for a puncture and with his car also damaged had to retire on lap 18. It was a disappointing end to the race weekend for the Ferrari driver on his home circuit, spoiled by a qualifying mistake by his team which saw him eliminated in the first qualifying session on Saturday. With tire debris on the track following the Leclerc puncture, the safety car came out and Hamilton and the leading cars all dived into the pits for a tire change. Verstappen and Bottas touched in the pits after their tire changes, with Bottas complaining he had been pushed into the wall. He went out behind Verstappen and was immediately back in for another tire change over fears of possible puncture, bumping him down to fourth behind Vettel.

Stewards investigated the incident and Verstappen received a five-second penalty for an unsafe release. The Dutch driver then remained closely on Hamilton's tail, without being able to engineer an overtaking chance. But Hamilton complained several times over the team radio he was struggling with his tires, telling his team with 18 laps remaining, "I don't know what you're thinking by keeping these tires on man. You need to hope for a miracle." However, the team kept him out, knowing a pit stop would likely have cost him the race. And there was late drama on lap 76 when Verstappen braked too late and hit Hamilton's rear left tire, but both survived. MONACO / DPa