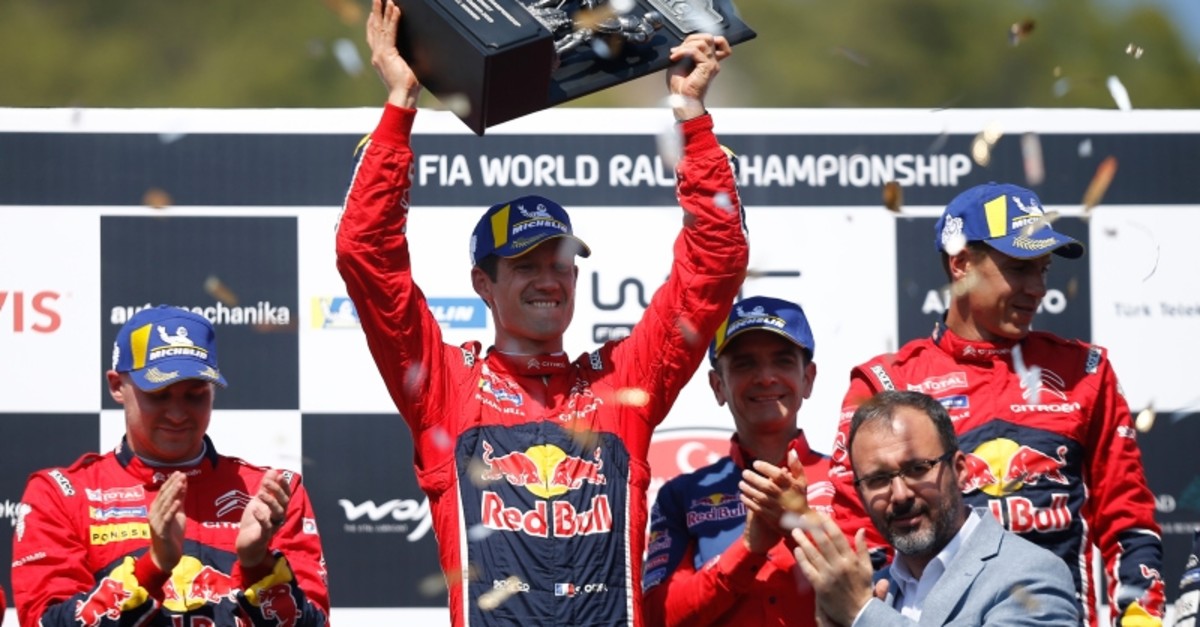 Sebastien Ogier won the Rally Turkey on Sunday with an overall of 3:50:12.1, turning his two rivals' misfortunes to his favor in the championship battle.

Underlining the importance of Sunday's points for Ogier's championship battle, Lappi said Saturday that he would rather support than challenge him.

Andreas Mikkelsen reserved the third place of the podium with 3:51:16.6 in his Hyundai i20.

Mikkelsen's team-mate Ott Tanak, who came to the rally as the championship leader, said an early goodbye on the Day 2 due to a technical problem in his car at Datca 1 (SS9) stage.

The Estonian returned to fight on the Wolf Power Stage, Marmaris 2 stage (SS17) — the final leg of the Rally Turkey and finished fastest with 4:55.2.

These critical 5 points may secure Tanak's leading position on the championship charts, while Ogier melted down the 33-point-gap.

Thierry Neuville, formerly placed second at the championship, couldn't change its eighth position at the final day as well.

Rally Turkey is set to be followed by Rally England, Spain, and Australia.