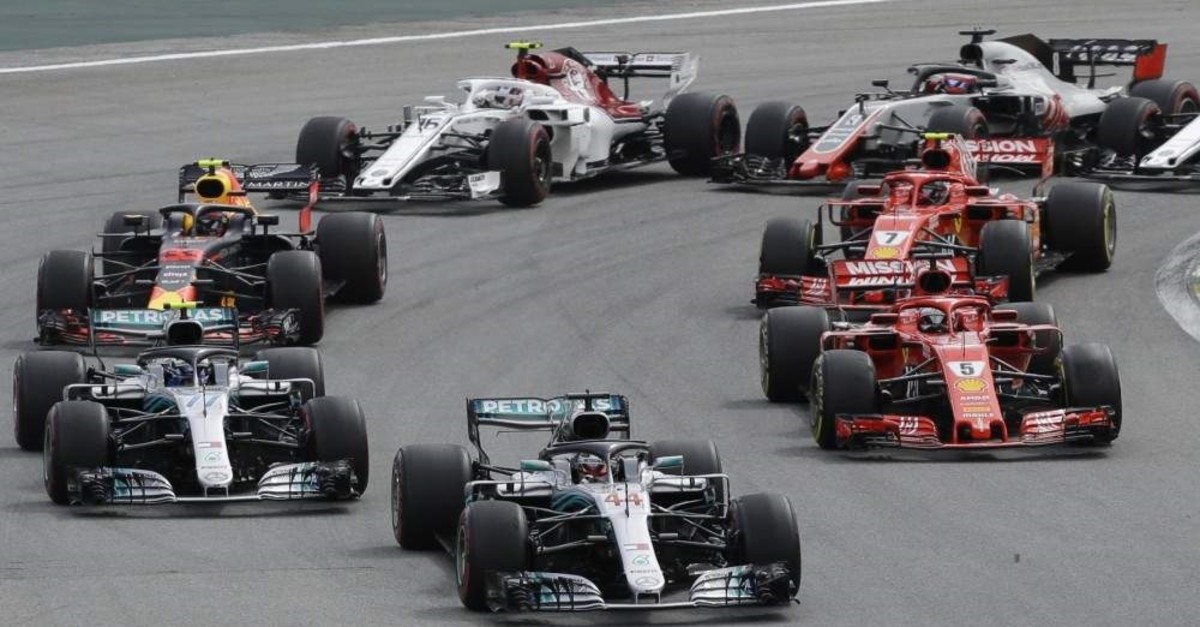 Lewis Hamilton and Mercedes will dig deep for true motivation at this weekend's Brazilian Grand Prix when they return to action for the first time since celebrating a unique sixth drivers' and constructors' double this year.
A week after shaking off their hangovers following Hamilton's sixth title success, the team has to stay focused for two more rounds of the 2019 championship, starting in Sao Paulo and finishing in Abu Dhabi on Dec. 1.
For Hamilton, it will be a battle for the record books as he continues his quest to overhaul Michael Schumacher, who won seven world titles and 91 Grand Prix titles. The Briton now has six titles and 83 career victories.
Unexpectedly and, perhaps significantly, the Silver Arrows will race at the atmospheric and famous Interlagos circuit, where Hamilton won his first title with McLaren in 2008, without team boss Toto Wolff in charge.
Amid a swirl of speculation about his and the team's futures, he has decided to miss a race for the first time in six years with many observers suggesting his focus is less intense and others saying that Mercedes may be preparing to leave Formula One for other challenges, including Formula E.
Wolff rejected the idea that any decision to leave had been made when he said, "Everything indicates that we will stay, but it's not a given" and raised concerns about the future for motorsports.
"In which direction is the automotive world developing?" he asked ESPN. "In what form is F1 relevant as an entertainment and technology platform? And, as a brand, whose first car was a racing car, do we want to stay on this platform in the long term?"
Predictably, with the major issues settled, much focus in Brazil will be on the future of the sport in 2020 and beyond – which makes it inevitable that the top drivers and their teams will be watched and analyzed closely.
Hamilton will be linked with a career-ending move to Ferrari if he loses enthusiasm at Mercedes and needs a final new challenge, but he is likely to banish the rumors with a committed showing.
The men of the future – Max Verstappen and Charles Leclerc – will both also be scrutinized for signs that they are ready to be future champions in F1's new age, from 2021, when the sport ushers in a new formula.
Dutchman Verstappen, linked with both Mercedes and Ferrari, said this week: "I am happy where I am and I want to win with Red Bull. It's the team that allowed me to enter F1, and there is a sense of loyalty to them. I feel at home here."
He added that he and Hamilton may have appeared to be involved in verbal jousting recently, but that it was nothing serious.
"We never quarreled – we have talked to teach each other, and I respect him."
With Hamilton and his Mercedes teammate Valtteri Bottas having finished first and second in the drivers' championship, Sunday's race will be more about the "best of the rest" as Verstappen, Leclerc and his Ferrari teammate Sebastian Vettel bid to finish third.
Ferrari will arrive at the Grand Prix looking to bounce back from both a disappointing race in the U.S. and allegations of cheating, which they strongly denied.
"I think overall it's been a good hunting ground for us and hopefully it will be like that again this weekend," their driver Sebastian Vettel said in the team preview for Sunday's race.
For drivers and teams, prize money running into millions of dollars is at stake as Leclerc, third, defends a 14-point advantage on Verstappen, who is five clear of Vettel.
Leclerc is expected to take a 10-place grid penalty for taking a new engine, but even that news has not encouraged Verstappen.
"I still think it's going to be hard," he said.
Last Update: Dec 20, 2019 1:40 am
RELATED TOPICS