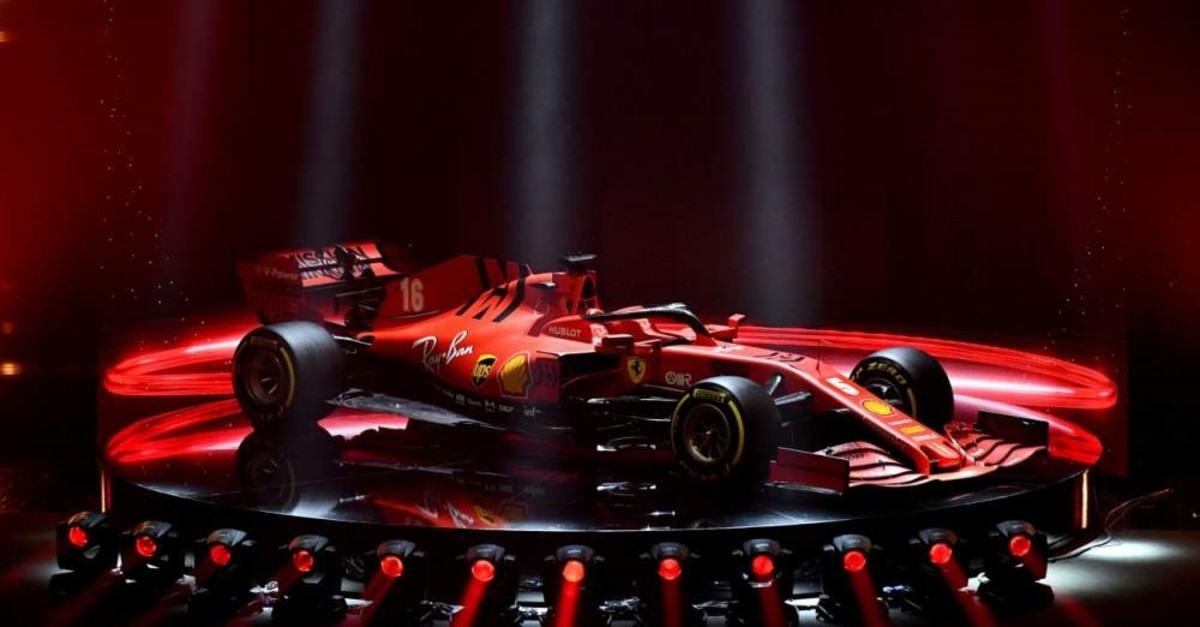 Ferrari unveiled its new Formula One car SF1000 during an elaborate presentation inside an opera house, while team members acknowledged that they need to “learn from mistakes” committed last season

Ferrari showed off their 2020 Formula One car with a theatrical show of pride and passion Tuesday, assuring success-starved fans that it was also very different under the skin to last year's model.

If the red machine looked superficially similar under the stage lights to the 2019 version, team principal Mattia Binotto said appearances were deceptive.

"Ours is a team that still needs to improve, a team that is still young, and we need to learn from mistakes in the past," Binotto said inside Reggio Emilia's opulent Romolo Valli opera house. "We need to work on our reliability, which was one of our weak points last season."

"We have been as extreme in all the concepts as we could," he told a global audience watching as the car made its appearance on stage. "The entire car, power unit, has been packaged to have a very narrow and slim body shape.

"It may look very similar to last year but, believe me, it's completely different and a lot of the concepts are very extreme," added the Swiss-born Italian, who is starting his second year at the helm.

"I like it a lot," said the German, who also showed off his Italian in addressing the audience. "And it's a little bit more red than last year."

"The back part of the car, everything sits a lot tighter," Vettel said. "There's a lot of work behind that because it's not so easy. We found some clever solutions."

Ferrari won three races last year, two for Leclerc and the other for Vettel, and finished runners-up to Mercedes who won both titles for an unprecedented sixth successive season.

The 2019 season proved a particularly cold shower for the only team to have competed in every championship since the start in 1950, with the car raising hopes by being quickest in preseason testing only to then fail to deliver as expected.

Both the team and drivers made errors, while a lack of reliability also led to likely wins slipping through their fingers.

"The approach is a little bit different, just because now I know the team, I know more or less the car," Leclerc said, comparing to how he felt a year ago. "Obviously this year it's a new car but it's still an (update) of last year's car.

"I prepared physically in the mountains to be fitter," Leclerc added. "I tried to learn from past mistakes. I want to be a better driver this year."

Presenting the new car away from Maranello for the first time, in a nearby city famed as the birthplace of the Italian flag and with fans thronging the square outside, Ferrari's presentation put emotion center stage.

A violin soloist played, cymbals clashed and a youth orchestra performed stirring Formula One-themed music as the team put on a show before the serious work of testing starts in Barcelona on Feb. 19.

Some 350 men and women from the racing department took their seats in the auditorium and were recognized as Ferrari's 'unsung heroes' by president Louis Camilleri.

"We all share a passion for the prancing horse," he said. "We are all very conscious of the huge responsibilities that lie on our shoulders."

Ferrari last won a drivers' title with Kimi Raikkonen in 2007, and a constructors' championship in 2008.

The F1 season begins March 15 with the Australian Grand Prix.