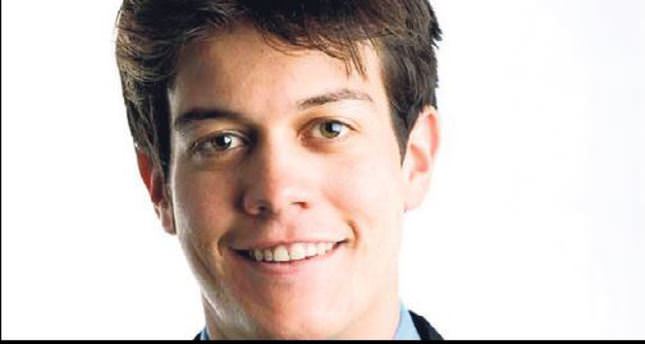 by daily sabah
Apr 25, 2014 12:00 am
LONDON — Considered a rising star in the U.K., music duo Adam Walker and Baillieu have a distinguished repertoire sure to charm music enthusiasts. Walker worked with Michael Cox at Chetham's School of Music and the Royal Academy of Music. With outstanding success, he was awarded the HRH Princess Alize Prize in 2009. In 2004, he advanced to the finals in the BBC Young Musicians contest and was selected for the Young Concert Artists Trust (YCAT) in 2007.

Recognized as one of the best international flute players by Classic FM Radio in 2009 when he was only 21, Walker was invited as the head flute player for the London Symphony Orchestra.

Awarded with the Young Flute Player with Outstanding Success at the MIDEM Classique ceremony in Cannes, Walker was also awarded the Borletti-Buitoni Trust Fellowship prize in 2010 and advanced to the finals for the Young Artist with Outstanding Success prize held by the Royal Philharmonic Society. His first album "Vocalise" was released in 2013 and bears the influences of ROHOpus Arte. Described by the Daily Telegraph as an artist who has created his own category of music, James Baillieu won the Wigmore Public Song Contest, Das Lied International Song Contest, and the Kathleen Ferrier and Richard Trauber contest. In 2010, he was selected for the Young Concert Artists Trust and was granted a Borletti-Buitoni scholarship in 2012, as well as the Geoffrey Parsons Memorial Trust prize. Recognized as a successful chamber music artist, soloist and accompanies, Baillieu worked with Thomas Quastoff at the Verbier Festival and took the stage as a soloist with the Ulster Orchestra. He performed recitals with Lisa Milne, Sophie Bevan, Ian Bostridge, Ailish Tynan, Kathryn Rudge, Mark Padmoreve and Adam Walker at Wigmore Hall and released two CDs, "Britten Canticles" with Ben Johnson and "Vocalise" with Adam Walker.