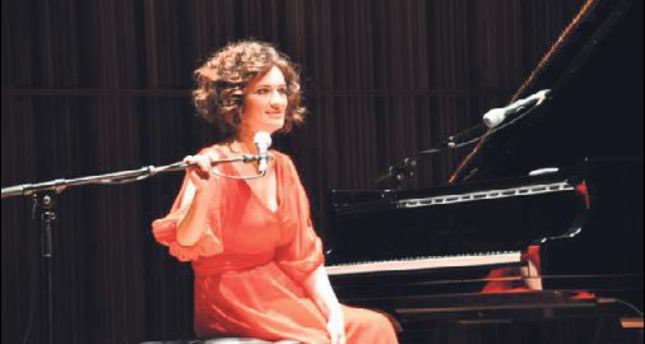 by Daily Sabah Apr 30, 2014 12:00 am
ISTANBUL — The Prodigy child, the woman who issued the first solo piano adaptation of Vivaldi's "Four Seasons" violin concertos, which then made its way to the Sony Classical catalogue in the first-ever Turkish classical music album, will take the stage once again in Kadıköy on May 5.

The Kazakh born, Uzbek-descent Akbar was born into a family of musicians and didn't waste time showing her talent. She could play the piano and read music before she turned three and by the time she was four, she mastered the absolute pitch and was admitted to the school for gifted children.

In another first, she was the first student granted with an exclusive scholarship for both bachelor's and master's degrees in any conservatory in Europe and was recognized as the Best Young Composer by the Russian Board of Composers. She completed her master's degree in Turkey and ended up staying permanently.

She composed over 400 works for the piano, chorus and other instruments and performed numerous concerts in Russia, France, Germany, the Baltic countries, Middle Asia, India, Northern Cyprus, Qatar and Turkey.

When: May 5
Where: Kadıköy Community Center