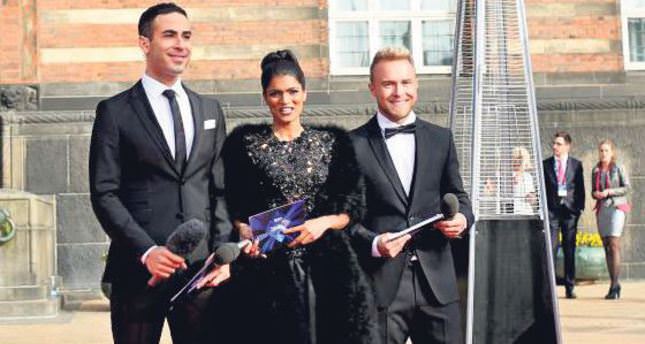 This year's Eurovision contest caused major controversy because of an Austrian drag queen nominee, Conchita Wurst. The participation of Wurst resulted in serious objections from other candidate countries including Russia, Armenia and Belarus. Today, right after the ceremony which took place in Denmark's capital Copenhagen, Johanne Schmidt-Nielsen, the representative of Enhedslisten, a left-wing party at the Danish Parliament, condemned Eurovision for not inviting Palestine since Israel is invited despite being located in the Middle East.

Noting that he had faced the daily psychological pressures applied by the Israeli forces in Palestine, he said that although Eurovision is not Palestine's biggest problem it would send a strong message to Israel if a Palestinian nominee had been included. Despite the controversies, last night's ceremony was uneventful and as glamorous as ever.

Organized by the public broadcaster DR, the ceremony hosted Danish singer Emmelie de Forest, the winner of the 2013 Eurovision Song Contest with her song "Only Teardrop." The nominees were transferred to the ceremony area in private cars and welcomed by DR presenters.

Accredited press lined up along the red carpet to catch a glimpse of the candidates. While Austrian nominee Conchita Wurst attracted great media attention, French music group "Twin Twin" aroused interest with their warm-hearted demeanor. The Israeli nominee was protected under strict security measures and the Ukrainian candidate was applauded by a large crowd of people due to the recent tensions in Ukraine.

Abdel Aziz Mahmoud, one of the DR presenters, took a "selfie" with all the participants. Foreign tourists and local residents showed great interest in the opening ceremony. The 2014 Eurovision Song Contest will be held at the B&W Hallerna, a former shipyard in Copenhagen. The two semi-finals are being staged today and on May 8, with the final set for the evening of May 10. There will be other events taking place at the same time as the contest. Criticizing the current Eurovision voting system, Turkey once again is not participating in the contest.