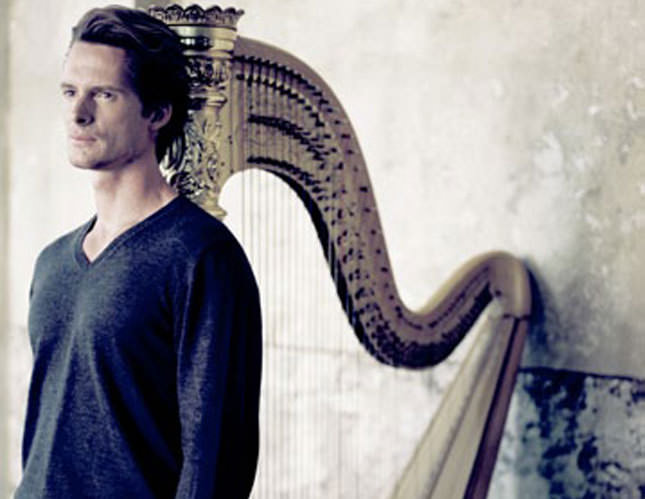 by Daily Sabah May 30, 2014 12:00 am
ISTANBUL — The Ist anbul Music Festival, which is being organized by the Istanbul Foundation for Culture and Arts and sponsored by Borusan Holding, will be held from May 31 to June 27 this year. The program features international stars such as Steven Isserlis, Isabelle van Keulen, Alexander Raskatov, Nelson Freire, Pepe Remero, Krzysztof Penderecki, Xavier de Maistre and Yuja Wang. The festival will kick off with an opening ceremony and concert on Saturday May 31, at the Zorlu Performing Arts Center. The Borusan Istanbul Philharmonic Orchestra, conducted by Gürer Aykal, will accompany young cellist Dorukhan Doruk, who has won numerous awards in international competitions. The Borusan Istanbul Philharmonic Orchestra with the Istanbul Foundation for Culture and Arts as its official accommodation sponsor since 2003, will perform the opening concert with the honorary conductor Gürer Aykal.Concerts will be held across the city at the Hagia Eirene Museum, Süreyya Opera House, Surp Vortvorts Vorodman Church, İş Sanat Concert Hall, Boğaziçi University Albert Long Hall, Zorlu Performing Arts Center, as well as on Burgaz Island. Free events will also take place in Maçka's Cumhuriyet Park, Sakıp Sabancı Museum's garden, the Austrian Cultural Office's garden and the Istanbul Toy Museum.

The festival continues to support young musicians through specially designed initiatives which this year will focus on young pianists. A young soloist chosen by a jury in national auditions will make his/her festival debut with the Anadolu University Symphony Orchestra. Another noteworthy youth project at this year's festival is the Teresa Carreño Youth Orchestra of Venezuela. The Fundación Musical Simón Bolívar, or as it is commonly known, El Sistema, founded by José Antonio Abreu, is a gigantic orchestra comprising 240 musicians that will perform under the baton of its musical director Christian Vásquez.

The 42nd Istanbul Music Festival will host three concerts with the cooperation of the Polish Ministry of Culture and National Heritage to celebrate the 600th anniversary of the Polish-Turkish diplomatic relations in 2014.

An honorary award will be presented this year to pianist Gülsin Onay, one of Turkey's "child prodigies" who has since built a distinguished international career spanning 68 countries across several continents, from Venezuela to Japan. An exceptional Chopin and Rachmaninov interpreter, she is also acknowledged worldwide as the finest interpreter of the music of Saygun and has inspired contemporary composers, including Saygun himself and Stuppner, to dedicate works to her. The award will be presented on the opening night of the festival. The festival's Lifetime Achievement Award will be bestowed upon one of the greatest conductors of our times, Zubin Mehta, who had already conducted the Vienna, Berlin and Israeli Philharmonic Orchestras by the age of 25. Maestro Mehta will receive his award at a ceremony before the concert on Saturday, June 21, at the Hagia Eirene Museum. Tickets are currently on sale at www. biletix.com and İKSV building and box office at Hagia Eirene Museum. The program booklet can be found at İKSV building and Biletix sales points.
RELATED TOPICS