Turkish music lovers pay almost twice as much as Europeans 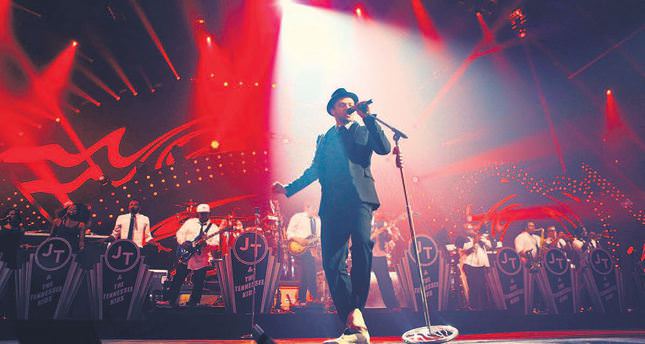 Summer concerts have started in Turkey with people filling concert halls and arenas. However, when compared to European cities, tickets for huge events cost enough that Turkish fans pay nearly twice as much as European music lovers do

It is summer in Istanbul, but as temperatures rise and outdoor concerts fill the streets with noise, music lovers are getting hot under the collar as high ticket prices force many of them to fly to Europe where entry to festivals is often half that of Turkish shows.

While a music fan in Istanbul has to pay around 175 Euros (about TL 500) to see a performance by veteran rockers Metallica, a Czech only pays around 80 Euros for the same show in Prague, according to ticket purchase websites Biletix and Eventim. A heavy tax burden in Turkey, logistical difficulties and lack of sponsorship mean local concert-goers are often paying through the nose to see big-name acts. Speaking at the recent "One Love" music festival in Istanbul, 25-year-old interior architect and Metallica fan Ceyda Atay told Anadolu Agency (AA) that ticket prices in Turkey were "ridiculous."

These prices mean the "real metal music fans" - often students or working-class youth - cannot attend concerts, says Atay. "Metal groups appeal to certain classgroups in society such as students, but only the crème de la crème of the society has the chance to listen to them," she adds.

Another rock music fan, 27-year-old online marketer Cem Çakır says he will travel 1,350-miles to Belgium to attend Rock Werchter, one of the biggest rock music festivals in Europe. "One reason that I prefer abroad is the high ticket prices [here]. If an important music band comes to Turkey for a concert, you have to pay at least TL 400- TL 500 (140-170 Euros) and it is not an amount that everyone can easily afford," Çakır says. "Rock Werchter is a four-day festival for only 200 euros. If those music bands came to Turkey, I would have to pay maybe around TL 3,000- TL 4,000," he adds. Turkish concert promoters point to tax, a lack of revenue from alcohol sales and logistical problems for the high price of tickets.

Vice president of high-profile concert promotion agency Pozitif Live, Murat Abbas, says that there are many elements which determine ticket prices. "Above all there is a tax burden," Abbas claims. He rejects comparing ticket prices in Turkey with those abroad. While a concert organizer in Turkey has to pay around 35 percent tax for a 100 "volume" ticket, a Dutch organizer pays only 6 percent, says Abbas. "The tax rate changes to between 7 and 12 percent in different countries. The only exception is Spain with 21 percent tax. There is no tax on tickets in Croatia," he adds.

Abbas also says that accommodation and flight expenses for acts push up costs, "when you consider all those elements almost half of the ticket prices go on taxes," he adds.

Another advantage held by foreign promoters is that alcohol sales in stadiums provide a huge source of revenue to offset costs - unlike in Muslim- majority Turkey.

Sponsorship revenues also affect ticket prices, says Abbas. "Alcohol and tobacco companies' sponsorship activities were completely banned after legal regulations made in recent years," he adds. This is not restricted to Turkey; France regulated its alcohol and tobacco policy with a 1991 law that banned all advertising of alcohol at French-based sports events.

A major rock band's stadium concert would make around 500,000 to one million Euros through food and beverage sales but in Turkey you can earn almost nothing, Abbas says. Capacity is another issue: foreign music groups are better-known abroad and can perform to around 20,000 people unlike Turkey where they may play to only 5,000 people in seated venues. "In the past, sponsorship expenses on culture and arts were tax-deductible; there is no such opportunity anymore", Abbas says, adding, "there is no such restriction on concerts or festivals abroad." The Istanbul Foundation of Culture and Arts' Jazz Festival director, Pelin Opcin, says that the lack of revenue items except potential sponsorship negatively affect budgets, "unfortunately all of these elements are reflected in ticket prices."

Most concerts in Europe take place in more convenient logistical conditions, she says. "For example, in Europe performers prefer road transport while in Istanbul, as a result of its location, flying is a must. This also raises costs," she adds. Even going abroad is not a cure-all for the problem. A 35-year-old TV show director and rock fan Simla Taner points out how Turkish fans need to buy visas to visit EU countries. "Going abroad for music festivals is not really a cheaper solution for us as we have to pay hotel and flight expenses and deal with unbearable visa procedures," says Taner.

So, although it will be a long, hot summer for Turkey's cultural capital as it hosts big-name acts like Lady Gaga, Tori Amos and Hugh Laurie, promoters and fans alike will be feeling the heat in trying to cool down ticket prices.
Last Update: Jun 20, 2014 1:47 am
RELATED TOPICS