'Mevlana is an integral part of the universe' 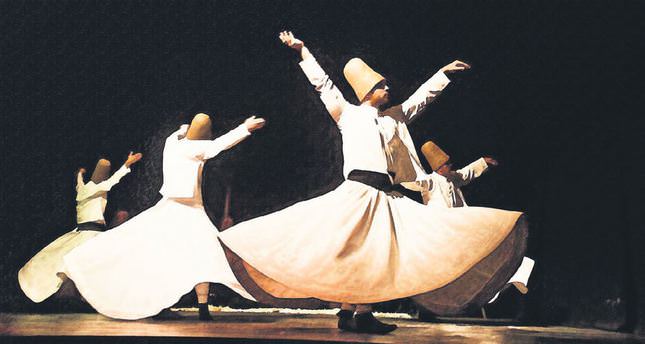 by Özkan Binol Jul 02, 2014 12:00 am
In the opening week of the 21st Istanbul Jazz Festival, Turkey will be the host of an important premier. The famous Turkish musician, Zülfü Livaneli will perform his new "Rumi Suite - The Eternal Day" project at the festival for the first time. This project where Zülfü Livaneli will be combining conventional Turkish music with jazz tunes will be performed by a very strong team with which Livaneli had collaborated previously.

Özkan Binol: Why did you choose Mevlana's poetry for the project?

Zülfü Livaneli: As you probably know, I have comp osed music based on various Turkish and also foreign poetry including Nazım Hikmet, Yaşar Kemal, Orhan Veli, Paul Eluard, Garcia Lorca, Louis Aragon and Kavafis. But the poetry of Mevlana will define a new period in my composing.

ÖB: Who exactly is Mevlana for you, how did he influence you?

ZL: First of all, my father Mustafa Sabri was a big fan of Mevlana. He made me read his poetry since my childhood and would cite his proverbs. In other words, Mevlana was always in my world before it became popular around the world.

ÖB: Why did you choose the English version of the poems and not the Turkish?

ZL: Because Mevlana wrote in Farsi, not all of his poems have been translated into English. "Mesnevi" (Mathnawi) "Fihi Ma Fih" and a few others have been, yet many of them remain untranslated. When I read the English versions of his poetry, they affected me more, because there were ones that we had never heard of before. I found his poetry to be very moving in English.

ÖB: Do you think he is perceived differently in Turkey than around the world and if so what is the difference?

ZL: Mevlana is a mystic, a Sufi, a philosopher and a poet. But mostly he was a humanist. Even though he was not writing in Turkish, the nation perceives him as a Saint, which is very pleasant for someone who is an expert in Sufism. For Mevlana to write in Farsi made it easier for the world to get to know him. A lot of Persian poets have been translated into various languages. Especially after Goethe's "East-West Divan,"

Farsi became popular worldwide. Also Mevlana's poems are very contemporary and deep. "You are not a drop in the ocean but an ocean in a drop," wrote Mevlana. It doesn't matter which language you translate this into, it will definitely be effective and moving.

ÖB: What is the background of this project? Who did you work with? What was the process like?

ZL: I started composing this suit two years ago. We had to retranslate some of the poems because there were mistakes and missing parts. The Farsi translator of my books, Muhammed Amin Seyfi translated the texts to Turkish from Farsi and Aylin Livaneli translated them into English. After the composing process was completed, I shared them with the world-famous German pianist Henning Schmiedt; worked on the arrangements and then, the world premiere took place in Bremen Sendesaal.

ÖB: How many songs are there in the Rumi Suit?

ZL: It is a one and a half hour long suit, which contains nine songs.

ÖB: Does Mevlana's philosophy become even stronger and more moving when combined with music?

ZL: Mevlana is trying to reach the divine and as well as infinity. He is closer to Dionysus in terms of his enthusiasm than he would be to the ever rational Apollo in Greek mythology. In a way, he believes the heart perceives the reality better than the mind does. Therefore, Mevlana is an integral part of the universe.

ÖB:You, as a musician, composed songs from Mevlana's poetry. Do you have projects related to Mevlana as a writer?

ZL: In a few of my books, starting with my first novel published back in 1996, I have mentioned him but I don't have any plans to write a book related to him.
RELATED TOPICS