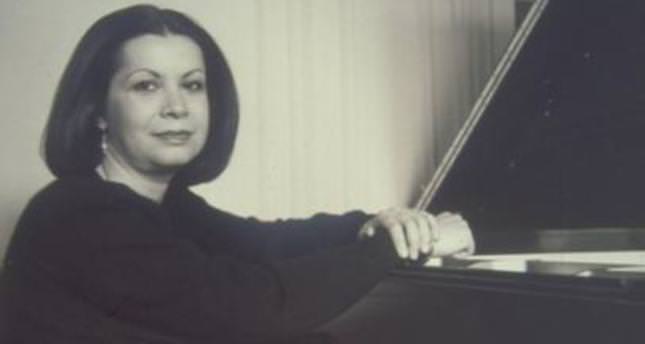 by Daily Sabah Jul 22, 2014 12:00 am
Renowned Turkish pianist Verda Erman died yesterday at the age of 70 with the reasons so far unclear although one report suggests the musician succumbed to Leukemia. The pianist was born in 1944 in Istanbul.

She began her music education at the Istanbul Municipality Conservatory where she was Rana Erksan and Ferdi Statzer's student. In a very short period, she stood out with her superior talent and in 1957 Erman was sent to Paris in pursuant of law no. 6660 regarding children with extraordinary talents. Erman continued her education at the Paris Conservatory and became the student of Lucette Descaves. She graduated with the highest rank. In order to improve her career, Erman worked with famous pianist and pedagogue Lazare-Levy and took harmony and counterpoint lessons from Noel Gallon. During her stay in Paris, Erman gave a series of successful concerts.

After returning to Turkey, she played piano concertos with the Presidential Symphony Orchestra, some of which were performed for the first time in Turkey. On November 1963, Erman was the top prize winner of Marguerite Long-Jacques Thibaud International Piano Competition of Paris. She won the second prize in Canada International Piano Competition in 1965. After 1971, Erman was invited to perform at the most important music centers of the world as a guest artist. She was also invited by Rudolf Serkin to Marlboro (Vermont) Festival.

She played famous concertos with famous orchestras at music centers around the world. She had success in Belgrade, Paris, Montreal and Bucharest. Erman was granted the State Artist title in 1971. As a vocal artist of the Presidential Symphony Orchestra, she joined to the Orchestra's European tours and was praised by the foreign media with her concerts.
RELATED TOPICS