Zeytinli Rock Festival to kick off again after four years 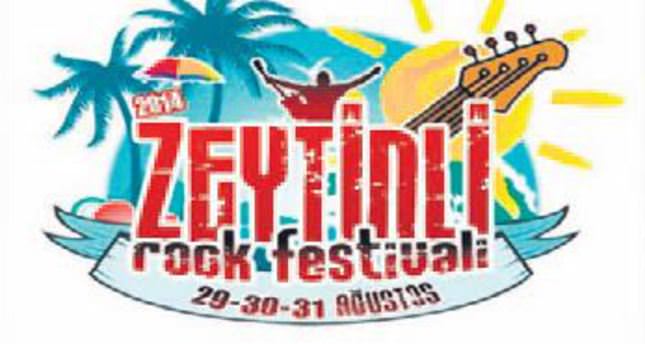 The three-day Zeytinli Rock Festival to take place in the northern Aegean coastal region of Edremit between Aug. 21 and Aug. 31, will feature many local bands and welcome camping fans

Rock musician Umut Kuzey, Zeytinli Rock Festival's general director, organized a festival, which is sponsored by Kral Pop TV Media and supported by the Edremit Municality. The festival is taking place thanks to the bands, sound and stage companies and many other individuals and institutions. The aim is make the festival bigger and a regular annual event. Hosting the most important Turkish rock bands, the festival offers lots of music, fun and an unforgettable holiday for attendees of the three-day program. Zeytinli Rock Festival will be held between Aug. 29 and Aug. 31 on Zeytinli Dalyan Beach. The tickets for the festival are now on sale.

The festival will open its doors one day earlier to attendees with camps and combined tickets. A welcoming party will be held for the early comers. Metropolis, an Ankara based band, will welcome the campers with a surprise; the band will reunite with their former soloist Ercüneyt Özdemir for the first time since their break up. Başıbozuk, an İzmir based band, will be the opening act of the festival. After the performance of Korhan Futacı, one of Turkey's progressive rock musicians and Kara Orchestra and Yasemin Mori will take the stage. Following an exclusive Cem Adrian concert, Nev, who is no stranger to Zeytinli, will entertain fans with songs from his new album. The first day of the festival will end with the performances of Turkish rock history's 46 year old touchstone Moğollar and Mor ve Ötesi.

The second day of the festival will start with Yüzyüzeyken Konuşuruz, one of the popular bands of experimental music. Marsis, a band that pushes the limits of music from the Black Sea Region, will put on their acclaimed performance as well. Following Baba Zula, Umut Kuzey will give an exclusive concert. The band Büyük Ev Ablukada will invite the audience into their world. Pilli Bebek, which was discovered by the masses after they made the theme music for the TV series "Behzat Ç," will also perform. The guitar will be heard louder and with more distortion on the closing day of the festival. Acclaimed for their first album, Pera will be the opening band of the last day of the festival. Following the performance of former Pentagram (Mezarkabul) soloist Murat İlkan, DörtxDört, which is formed by four "music laborers," will heat up the stage. Right after Ogün Sanlısoy, one of the doyens of Turkish rock, Kurban will speed up things with surprises. Hayko Cepkin will put on his amazing show just for the Zeytinli audience. The legendary heavy metal band Pentagram will mark the closing.
Last Update: Aug 05, 2014 12:47 pm
RELATED TOPICS